New Round of Timbers Ads Popping Up Around Town

Share All sharing options for: New Round of Timbers Ads Popping Up Around Town 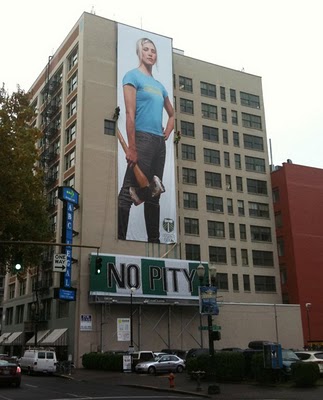 When I used to live in LA, as a Galaxy fan, never, ever did I see a billboard or any kind of physical ad for the team in and around the LA basin. I'm not saying they didn't exist (the city is huge after all) but as far as I knew the Galaxy's FO just didn't really see any reason to advertise the Galaxy as such.

Now that the Timbers are gearing up for their MLS push, I've begun to notice quite the opposite. Banner ads have been prevalent in the city for a few months now, one in particular amongst some of my favorite food carts in downtown.

Today, the Timbers have announced a new round of billboard banner ads that will be making their way across the city over the next few weeks, with one already launching in the same place as mentioned above.

It's nice to see the FO put out the kind of effort that not only helps spread the word about the team (as if Portland even needed it) but also really makes us feel like a "major league" team, something I never experienced when I lived in LA with the Galaxy.

Keep it up Timbers.