Share All sharing options for: NTR: MLS Asking for $20M/Year from FSC 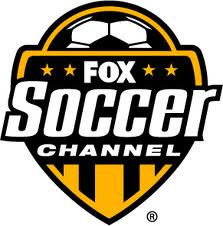 Okay this isn't directly Timbers related, but it could affect us moving forward. As the league's current deal with FSC is expiring this year, contract renewing negotiations were bound to be thrown somewhere in the mix of this off-season and MLS has come out swinging.

As many of you no doubt know, MLS games are currently shown once per week on FSC, a terrible channel that I believe MLS should abandon altogether, but that's beside the point. Anyway, said deal expired this past season which is said to be a $3M/year deal, not bad despite unimpressive ratings. Perhaps if FSC would actually get HD on cable and not relinquish the channel to the upper, expensive echelons of satellite packages ratings would be better... I'm just saying.

Anyway, as the negotiations kick off, MLS has reportedly come out with a ballsy $20M/year offer, an almost 600% increase from what they were paying for 2010. The league is leveraging popular franchises in Seattle and Philadelphia, as well as marquee signings such as Rafa Marquez, Beckham, and Thierry Henry as reasons for such a huge mark-up.

Of course, there's no way in hell FSC would pay MLS this much. I'd love it, were it true, but that is way too much of an increase for FSC to realistically consider. What it is, however, is a starting ground for negotiations. MLS has a few things to consider going into 2011 and onward up until 2014.

In 2011, two new teams will join the league: us and Vancouver. If everything goes as planned (and by all accounts it's looking like it is) the both of our organizations will be the newest showcase teams for MLS. While Vancouver doesn't necessarily impact FSC ratings, Portland most certainly will and it's our club that MLS will most certainly attempt to leverage going into future negotiations. If our popularity matches or exceeds Seattle's -- fingers crossed! -- then we could be a highly profitable venture for FSC in terms of television ratings, particularly as it applies to Cascadia Cup matches.

Moving on to 2014, MLS is looking to position itself well against ESPN when their contract goes out. If MLS is even able to get twice what they were getting in 2010 from FSC, it will show significant improvement and a huge leveraging device when negotiating with ESPN, who, as we all know, wants nothing more than to tap into the soccer gold mine.

Of course, being thrown into the mix is the rumored Versus deal that is supposedly cooking under the table. Such a move, I believe, would be very beneficial for MLS, but, at the very least, it should help drive up any price that FSC had in mind when they realize they have a bit of competition.

Despite all this, it's kind of nice to see MLS approach the subject with such bravado. Yes, ratings were stagnate, but they truly believe in their product and they seem committed to improving it on and off the field. Hopefully FSC sees that and opens up their wallet just a smidge more for the future prospects of the league.