Share All sharing options for: Timbers Weekend Wrap Up #1

Another weekend is coming to a close which means that we are just one more week closer to the beginning of the 2011 season. Anyway, given that there are no games to follow (unless you're into that European stuff) I figure I'd just use the weekend to wrap up all the minor Timbers-related news that didn't, or couldn't fit into its own post. Also stuff that might not necessarily be directly Timbers related...

So here we go! 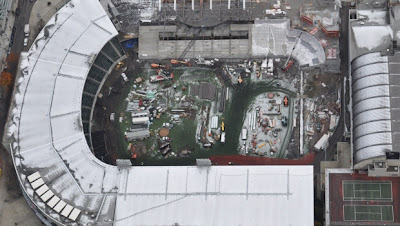 As expected the Timbers FO has updated their Facebook page to include more recent stadium photos. Nothing too major has occurred since the east side seats were raised a couple weeks ago, but it's still nice to see progress, minor or otherwise. Also enjoy the sky view photo, which I thought was a nice touch. 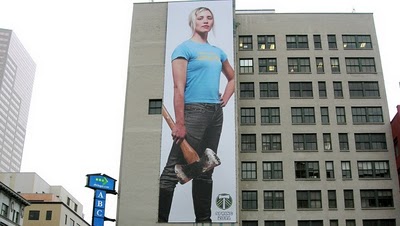 Nothing too interested here, but it's nice to read about other Timbers fans and what draws them to the game. In Eugenies case it seems to be more of an attraction to the flow and movement of the game rather than the competition or sport. Still, we won't hold it against her. 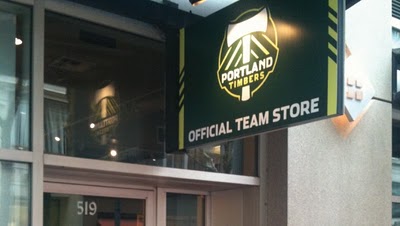 To coincide with the unveiling of the new Timbers kits next Thursday, on Friday, December 10th the Timbers will open their first ever independent team store located in downtown Portland off of 6th str, between SW. Alder and SW. Washington. Exciting! Season ticket discounts do not apply. 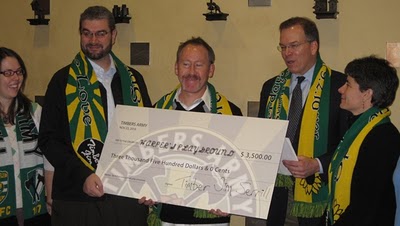 The ever popular, ever expanding Timbers Army (of which I'm proudly a member of) has has donated $3,500 to build Harper's Playground, an inclusive playground named after a little girl who has Emanuel Syndrome. The money came through the sales of a commemorative Portland Timbers scarf.

And that's about it for the week.

As we gear up for the Christmas holidays perhaps taking a visit to that team store for your loved one isn't such a bad idea... just sayin'.