Share All sharing options for: Experiencing PGE Under Construction 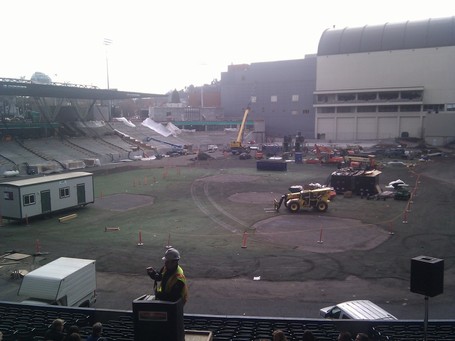 Yesterday (sorry for the delay in writing this!) I was able to join the PGE community tour that the Timbers FO was holding for a few hundred fans. It was really exciting for me, personally, because I was not able to attend the first one so this was, essentially, my first experience with PGE post-construction that wasn't based around the webcam or pictures.

The tour started much as you'd expect. There were fans milling around, lines forming, people generally just interested in the happenings of the stadium and Timbers in general. It was refreshing to be in that kind of atmosphere again as it felt very similar to an actual gameday. Of course, upon entering the stadium we weren't greeted with cold beer and 22 players vying for victory. Instead we were greeted with Turner construction employees and a very knowledgeable foreman by the name of Greg Holloran.

Greg explained to the fans mostly about what was going on, what the various structures were that were being built and how they'd look upon completion. Most of it was fluff stuff for casual fans. Greg did confirm, however, that the Adidas team store in the stadium would remain open year around and grant viewing access to the field via a sort of balcony. Additionally, during this level of the construction it was confirmed that typical gameday seating would only be 19,000, not the 20,000 we've heard quoted earlier. I confirmed this with the Timbers marketing staff as well. A bit of a letdown, but necessary to accommodate the new buildings and stadium.

Of course, that said, the stadium will still be expandable to upwards of 22,000 and even more so for concerts.

From there, it was time to head down below and see all the work that was happening. I feel like most general fans see all the changes going on at PGE and believe that this is where most of the work is going. While that might be true, a considerable amount of work is being done on the underbelly of the stadium as well. The Timbers locker room, away locker room, and Vikings locker rooms are all being completely remodeled and, while we weren't allowed to see it, I've been told that the Timbers locker room is, by far, getting the most amount of work put into it. It is, and I quote, going to be "pretty mac daddy."

Some other facilities are going up, notably where the old Beavers batting cages were there will be a new fitness area with jacuzzis, etc. for the Timbers players to warm up before the game and unwind afterwards.

And then that was the end of the "official" tour. I say official because as we were making our way back one of the Timbers marketing guys, Chris, came and rounded up all of us press for a special look on the field. Looking down from the seats pales in comparison to actually being able to see all the work going on up close and personal. In fact I got some pictures of it, albeit with my pretty crappy camera.

Also of note and something that's not really talked about much when discussing the stadium reconstruction is that the press boxes are being entirely revamped to accommodate more radio staff, more announcers and just a general increase in activity as the Timbers head into MLS which gets far more television and radio coverage.

And that basically concluded my tour. There's still a lot of work to be done, but then there's still a little less than 3 months before the opening home game. Everything we heard from both the Timbers marketing staff and Turner construction was that everything was still on schedule and no delays were expected as of yet.

And just on a final note, I'd like to give a quick shout out to Kip Kesgard (@kipkesgard) from OregonLive.com, Kelly McLain (@timbersinsider) from TimbersInsider.com and Ben Blanding (@varchild) from Prost America. It was great to hang out with some of the other Timbers bloggers.

Other pictures I took: 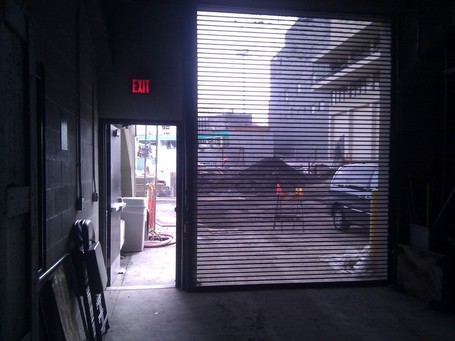 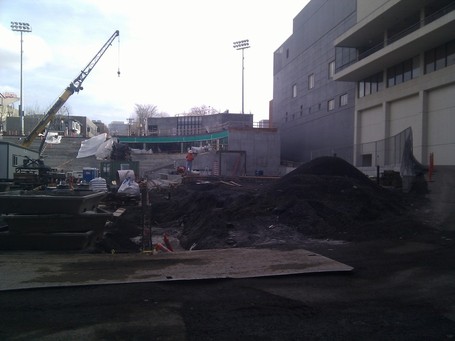 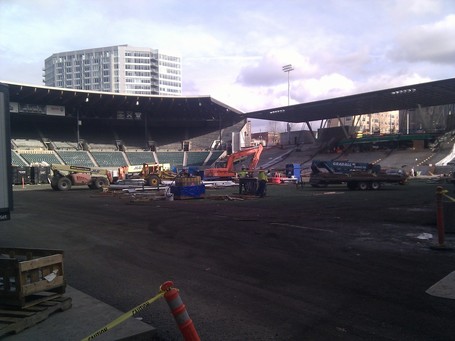 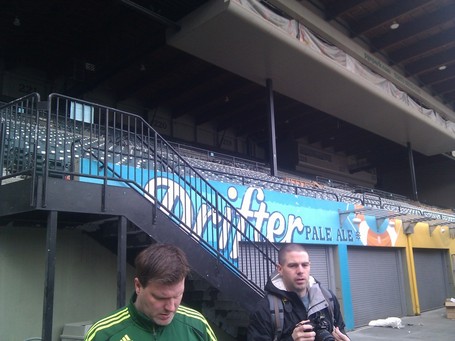 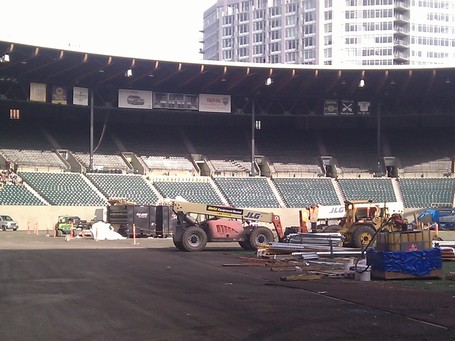