Why the 2011 CONCACAF Gold Cup is Important for America

Share All sharing options for: Why the 2011 CONCACAF Gold Cup is Important for America 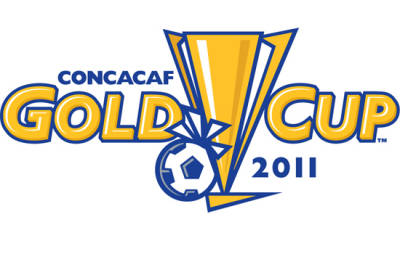 Tonight kicks off what I would consider to be the second most important international soccer competition outside of the World Cup for the United States, and, yes, I'm including the Summer Olympics in that statement. The Summer Olympics are fun, but largely resides outside the world of FIFA. No matter what you think of the governing body, they currently run everything to do with the sport, including the Gold Cup, by proxy of CONCACAF.

So, when the guys kick off their game against Canada tonight, I want you to fully realize why this tournament is so important not only to the USSF, CONCACAF, or the players on the national team, but also to you, the fans.

The Confederations Cup is a small tournament played every year before the World Cup. So, the last Confederations Cup played was in 2009. The tournament only consists of eight teams total: the seven winners of each conferences continental cup (i.e. Gold Cup) and the host of the following year's World Cup. If the host is the winner of the previous continental championship then the runner up takes a spot.

The reason why this is important is because getting to know and understand the atmosphere, taking away the anxiety of playing in front of them and even experiencing the training facilities a year earlier can help the players get better suited for the World Cup, even if said team doesn't make it beyond the first round.

So, whoever win this year's tournament, gains an automatic entry into the 2013 Confederations Cup.

Those of you who joined the soccer scene along with the frenzy of the 2010 World Cup missed some very important games in the year prior. Each team, in order to even gain entry into the World Cup must first qualify for it by playing other conference teams. This is called the World Cup Qualifying stages and it is completely separate from the Gold Cup.

That said, through these qualifying stages, the United States has built up a fierce rival with our southern neighbors, Mexico. In fact, of all teams in the CONCACAF conference, Mexico is the only one who can really give a consistent challenge to the United States. While many believe the United States will eventually be the best, that can't be said today.

Mexico is a fantastic team right now. What we saw in the 2010 World Cup was sort of a pre-coming out party. Some of their players still needed to mature, some were retiring. Almost a year later, they're a new bold team with some of the best players in the world. I'm sure at this point you've heard of Manchester United's Chicharito. He will absolutely be leading the offense in the year's to come and scored a hat trick in their Gold Cup opener.

The United States, by contrast, is getting older. Clint Dempsey, Landon Donovan and Tim Howard (arguably the three best players) are pretty much at their peak now (Howard might not quite as keepers have different cycles). So winning this tournament is doubly important for the long haul as the United States looks to mature youngsters like Tim Ream and Juan Agudelo.

Beating Mexico in the final would go a long way toward establishing a dynasty of players, especially since the United States has yet to actually beat Mexico in Mexico.

There are other reason to watch the Gold Cup and to cheer on the Nats, but these are the two largest. But even if you don't necessarily care about either, at the very lest the Gold Cup is important simply because it's going to be some good soccer. These are quality teams each with their own aspirations of global glory. Those aspirations will be put to the test this month.