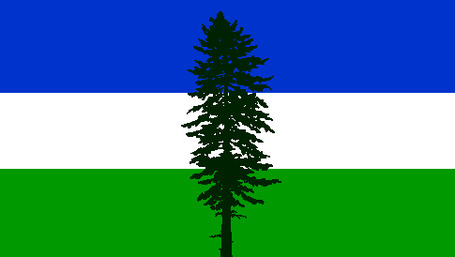 Today it was announced that yet another US Men's National team game was scheduled for somewhere thousands of miles away from the Pacific Northwest. The game is to be played against Scotland and will be held in the very, very soccer friendly state of Florida. Jacksonville, to be precise.

One could naturally assume why such a game would be given to Florida since their last game waaaaay back in October of 2011. After all, when those Floridians aren't sun bathing or rigging elections they most certainly are enjoying a good game of footie. Which is why they also have two MLS teams. Oh wait...

If you couldn't tell I was being a little sarcastic. I'm not trying to be obnoxious, but needless to say I'm more than a little disappointed that the Pacific Northwest has not received a USMNT game since the 2009 Gold Cup against Grenada in Seattle, especially since our recent history has shown that we more than welcome the sport here. More so than any other geographic region in the US.

However, since it seems unlikely that US Soccer will ever consider us as part of their national collective it might be time to start looking at our very own national team: the Cascadian Men's National Team.

I won't get too in depth here since this is actually quite a large topic. However, the gist of it is that Cascadia is the proposed name for a nation primarily comprised of Oregon, Washington and British Columbia (of Canada). Some other variations of the borders have Cascadia including parts of Alaska, Idaho, western Montana and northern California as well, but the common theme is OR, WA, and BC. (It's also the actual name for the bioregion of the area.)

Additionally, that image above might seem familiar for those who have attended a Portland Timbers game in the past because, well, it's the unofficial, proposed Cascadia flag and serves as a symbol for proponents of the movement.

I will leave the rest up to Wikipedia for you to peruse should you want more information. However, I will say that this is entirely fictional at the moment and is unlikely to ever happen politically.

But let's not let that stop us from dreaming about our own national team, eh? (Also we're probably going to have to work that "eh?" into our system...)

The Rules for Recruiting Cascadian Players

So, since we're not a real nation it can be a little challenging figuring out just who would qualify as a Cascadian and who would not. If you were on Twitter this morning you might have seen a bunch of us mulling this over.

Ultimately, we decided to go with a more liberal map defining Cascadia even though were such an event likely to happen it would simply be much easier, geo-politically, for it to just be Oregon, Washingotn and British Columbia. But since this is hypothetical and, let's face it, for fun we included Idaho and Western Montana as well. Northern California is a tricky situation and I've left it out because drawing the line somewhere in California gets just a little too complicated.

Anyway, here are the rules for being on the Cascadian Men's National Team:

Who Makes the Cut?

So with this criteria we've whittled down the list of possible Cascadian National Team members to:

Defenders
Midfielders
Forwards
There are probably more out there but it's challenging figuring out everybody's point of origin. Also worth noting is that Osvaldo Alonso falls into that rule above about defectors. For those who didn't know, he defected from Cuba in 2007.
From the onset I can say that it looks like our goalkeeper position would be alright. Hahnemann is obviously the most experience, but likely to retire soon. However, we've got two of the best young goalkeepers in MLS in Sauders and Hall. The former of which helped LA secure a record season last year.
So with that I leave the discussion up to you guys. Who do you like? Who did I forget to include? Which players would make the cut?
Over the next few weeks I'd like to have further discussions on this culminating in the reveal of the actual Cascadian National Team, but to get there we need discussion!
HUGE THANKS to @TheMikeDonovan, @JeremiahOshan, @david1978pdx, @DemonJuice and everybody else on Twitter who helped out this morning.
UPDATE: By the way, if there's a major rule change, removal, or addition that you guys want we can work that in as well and discuss it. This is supposed to be fun after all.