Tonight is the night. After an agonizing four-ish month break, tonight we finally 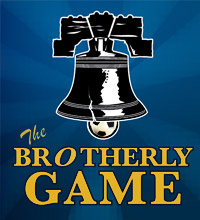 get to watch the Timbers play in a meaningful game against meaningful opponents. No offense to AIK, the San Jose Earthquakes or Chivas USA. The tournament was great and we really enjoyed having it here, but it's just not the same as the regular season.

Anyway, to prepare for tonight's game I was lucky enough to be able to sit down with Scott Kessler of the Brotherly Game, SB Nation's own Philadelphia Union blog, to help me understand just what has happened with the east coast team over the off season as well as what we can expect from tonight's line up.

The Philadelphia Union has had an exciting off season. in terms of player transfers. Can you explain to us a little bit about the new faces?

Anyone in particular? The Union added about half a team in the off season.

Let's just go with the ones who you think will make an appearance tomorrow night.

I think Porfirio Lopez, Gabriel Gomez and Lionard Pajoy fit into that category.

Lopez is a left back who starred for Costa Rica's last championship team, Alajuelense. He brings physical defending and some speed to head coach Piotr Nowak's highly offensive wing back position.

Gomez is a Panamanian international who has played throughout the world, including with Freddy Adu (while he was on loan) in Portugal. GOLTV play-by-play announcer Phil Schoen told me that he's built like a linebacker, but has the agility and speed to cause havoc even against creative, smaller, quicker and faster competition.

Pajoy led Colombia in scoring last year, netting 10 goals in 18 games, the first season of his career where he had double digits. He'll be replacing Sebastien Le Tox in the starting line up and has been said to be capable of playing as a target striker, but his game footage shows him as someone who can annoy defenses with his speed and strength.

So speaking of Le Toux, how does this year's Union play without him? Does Pajoy really fit right into the spot Le Toux left open?

In my season preview for SB Nation Soccer, I predicted that the Union would not have a single striker/forward reach double digits in scoring this season. The coaching staff has been stressing the need for more of a team effort when it comes to scoring. I don't think that Pajoy slots into Le Toux's place because it no longer exists. The offensive strategy most likely will rely less on trying to force the ball up the field to Le Toux and more on creative play off of the wings to two strikers.

From a fan's and analyst's perspective, does the Le Toux trade still hurt? Are Philly in a worse off position this year without him leading the offense?

From a fan's perspective, it hurts. I'm still seeing comments from fans saying that they're upset about the trade, but they want the season to start so that they can get past it all. I think a lot of fans are tired of hearing about it all at this point.

From an analyst position, it made little sense from a business point of view based on what the front office has said the reasoning was for the deal. However, dealing Le Toux forces a drastic change in offensive tactics that could finally bring consistency for the Union offense. Less long balls, more build up play, more freedom for players. Gomez will most likely make up for the loss of Le Toux's coverage of the field, as well.

There has also been a big change in the keeper position. Who is taking over for Faryd Mondragon?

Zac MacMath will reprise the starting role that he had in Mondragon's injury absence last year. Backing him up is Chase Harrison, a former member of MLS's emergency goalkeeper roster pool. This year's third string goalkeeper, and future summer release victim, is Chris Konopka, formerly of the New York Red Bulls.

And your predicted starting line up?

Once again, huge thanks to Scott from the Brotherly Game for taking time to answer my questions. If you'd like to know more about the Union, check out his blog as they've got lots of preview coverage already up.