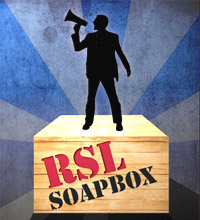 Apologies for the delay in getting our usual preview interview up this week. Typically we try to aim for the middle of the week now, but, since these are largely dependent on our fellow SB Nation editors and their own schedules vary from person to person it's not always possible. Regardless, though, huge thanks to Denz from RSL Soapbox for taking the time to answer these questions and giving us a bit of insight into the team that many consider to be best in the league.

Oh and if you haven't read it yet, check out Ryan's preview article on what Portland needs to do to win against RSL tomorrow.

On to the interview:

Can you explain to us a bit about what and who Real Salt Lake added over the off season? Who is the biggest contributor of the newest additions?

For the first time in many years RSL made a large number of changes this off season as 9 players left the team and 8 new faces were added. The 8 include our 3 draft picks (Enzo Martinez, Diogo de Almeida, and Sebastian Velasquez), it was the first time I remember RSL keeping all of their draft picks, we even kept one of our supplemental draft picks Emiliano Bonfigli. Then there are 3 other players we picked up Terukazu Tanaka, from the second division in Japan, Jonny Steele, a journeyman midfielder, and Leone Cruz, a Sounders 2011 draft pick that didn't make their roster but is now part of RSL. One final addition was Lalo Fernandez, our 3rd keeper who was signed to a Home Grown Player contract.

So far the only two new faces to see action are Sebastian Velasquez, who is the first RSL rookie to start a match in 6 years and has stared in each of our first 3 matches, and Jonny Steele, who has come off the bench in two of RSL's matches so far this year. Sebastian has been the biggest factor so far, as his hard work and skill set have quickly translated to the MLS game, but as a college player he clearly isn't used to the hectic schedule of MLS yet, but I think you will continue to see him as player who sees a lot of minutes this year and produces good things on the pitch for RSL.

Real Salt Lake is pretty much considered to be the best team in the league right after handily beating both the LA Galaxy and New York Red Bulls for your first two games. What do you attribute these wins to?

I think the match against LA was very similar to the match we played against them in the Western Conference final, except this time RSL's chances turned into goals, while LA found their chances falling short (or hitting the post), the two teams match up very well and the final result can go either way when they face off.

The win over New York was a result of RSL's style and game plan simply being perfect for a team like New York, then add in the cautious nature and style that New York played and it was fairly easy for RSL to pull out that win. For RSL it is always about the same thing, quick, quality passes that lead to dominating possession and creating offensive chances in the opponents final third, most often that provides enough to win matches.

Coming off the home loss to Chivas USA, what do you think happened there? What can RSL do to fix that heading into Portland?

It was a matter of a team coming in and playing what many would call negative soccer, and doing it really well. They stayed behind the ball, defended and looked once in a while to counter attack. Their main objective was to keep RSL from scoring and thanks to some huge work from Dan Kennedy they did just that.

For RSL the key is to be more opportunistic, too often everyone is looking for that perfect pass or that perfect shot, to be really successful in MLS you have to capitalize on opportunities when they come. I expect you will see RSL take more shots and look to get more bodies in the area to seize the opportunities that come along.

Who should Timbers fans be keeping en eye on Saturday for Real Salt Lake?

I think Javier Morales, as he has continued to gain match fitness his sharpness and awareness have come flooding back. He is a very dangerous player and when he is on the pitch fans and players alike need to keep one eye on him at all times as it is only a matter of time before he does something special. I also think you will want to keep an eye on Nat Borchers, who is returning from injury and presents a very good target on set pieces, and he is hungry to get back into the mix.

Once again, huge thanks to Denz of RSL Soapbox, SB Nation's own Real Salt Lake blog. Check out his site for more information on tomorrow's opponents!