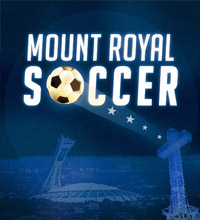 A new week and, as such, a preview interview with our good friends running SB Nation's Montreal Impact blog: Mount Royal Soccer! For those of you at all curious as to what's been happening up there in Montreal since they joined the league this year, take a look at the blog.

Anyway, as usual (aside from last week) I was lucky enough to be able to ask Managing Editor Benzinho a few questions about MLS's newest franchise and how they have settled into their first ever season. Check it out!

Being a first year MLS team is a rough experience. How well has it gone for the Montreal Impact so far this year? What changes do you expect the club to make this summer?

A lot of doubts and unknowns were clouding the Montreal Impact on the field as no one really saw the team play until the Orlando Disney classic pre-season tournament. Fans and media were able to get a better understanding of what the individuals can do on the pitch and try to extrapolate when the team is strong like a unit. The quality of soccer produced on the pitch has surprised many as the team has only been practicing together for 7 weeks before the MLS season. And from there, expectations were higher and wins were expected but a few mental mistakes and some naivety has cost a few points for the team. We could be that there is a mix of good and bad but all encapsulated in a promise of better soccer and an evolution that is palpable. Room for improvement? Yes.

With an impending Designated Player signing to be made official during the month of May, the offensive sector would need a boost as the team is able to generate some decent chances but still lack some finishing power. The Montreal Impact will need a difference maker that will easily integrate the group mentality of the club but in the same use those special individual skills to help take the team to the next level.

What are some of the key Impact players that Timbers fans should look out for on Saturday?

Matteo Ferrari, Felipe Martins and Sanna Nyassi. Ferrari has been a solid central defender with the team as he joined the team later in pres-season. He brings his Serie A / UEFA Champions League experience, a physical aspect, leadership and a calming effect to the team: a very under-rated signing for the team.

Felipe Martins lies between the holding midfielder and playmaker role. The Brazilian-Italian midfielder brings a lot in the center of the pitch as he enjoys distributing the ball, defending his zone and going up the pitch to generate offense. If no pressure is put on him, he will do some damage.

Sanna Nyassi must be known by many Timbers fans as they saw him with the colors of the Seattle Sounders and the Colorado Rapids. There is no need to present the player but his effectiveness has increased and is becoming more and more dangerous as he found an excellent partner for veteran Serie A striker Bernardo Corradi.

Being a new MLS team, but obviously having a great USL/NASL attendance records, how has the general sports fan/populace of Montreal taken to the team so far?

The soccer fans have come out to support the team in the stadium and on the twitter-sphere and other social media outlets.With an average of 41,016 at Olympic Stadium, the attendance has been here but the first home game against the Chicago Fire skews those stats a bit. To objectively assess the number of fans coming to the stadium, it is expected to see around 15- 30K fans at the Olympic Stadium and that would be perfect for the real home of the Montreal Impact: Stade Saputo with a capacity of just over 20K.

As per the popularity of the team, it is always hard for any team to share the spotlight in a town where the focus 365 days/year has been, is, and will always be the Montreal Canadiens. Just ask the Montreal Alouettes of the CFL, as the football team is a dynasty and winning franchise, it is still hard to generate as much interest. Actually both the Alouettes and the Impact might need to fight for fan dollars during the summer. The Montreal soccer fan is a highly educated soccer fan that appreciates the game. As much as there would be some Euro-snobbism as in everywhere else, the Montreal Impact MLS version has been fully embraced by the fans as the team will find support but also criticism. One thing for sure from Montrealers, they will love you and support you and they will not mind giving it to you if needed.

Once again, big thanks to Benzinho for taking the time to answer my questions. Follow up with him at Mount Royal Soccer!