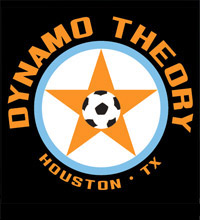 I know it's only been a few days longer than usual, but it really feels like it's been a while since we've seen the Portland Timbers play. Hopefully, the few extra days will help them assemble an appropriate team against a re-surging, yet tired Houston side tomorrow night.

To help me, and you, figure out what this Houston Dynamo team is all about and how their new stadium has affected their team, I turned to Zach Woosley from our sibling SB Nation Houston Dynamo blog: Dynamo Theory.

So, first things first, new stadium. It's a huge event and a long time coming for Houston fans. Is it everything you (and other Houston fans) had hoped for?

It's an amazing stadium, it's really beyond everyone's expectations. It's aesthetically pleasing, designed well and holds in sound great. More importantly, the setup focuses your attention on the pitch and the game, there's no giant scoreboards or crazy gimmicks, it's a stadium designed for one thing, focusing the fan's attention on the game.

There's been talk of heat issues in the stadium. After the first game on Saturday, does this seem like a real threat for incoming teams or is it not as bad as everybody originally thought?

It's not as bad as everyone thought, there was a consistent breeze moving through the stadium all day. That said, it's Houston and come July and August, it's going to be hotter than the surface of the sun no matter where the team is playing. Ideally, we'd have a glorious retractable roof stadium, but that's not practical. It was hot at Robertson and it's going to be hot at BBVA Compass, but I don't think it'll be any worse because of the stadium.

Typically, after a stadium opening, a team will go on an unbeaten home streak. After being on the road for so long, how important is it for the Dynamo to get their own winning streak now?

It's extremely important for the Dynamo to start winning games, especially at home. They have anywhere from one to four games in hand on the teams above them in the standings, so picking up points is vital to making a playoff run. It's very much like Sporting Kansas City's situation last season, but the advantage the Dynamo has if they home schedule will be slightly less compressed.

So turning to the team itself, aside from Brad Davis, who are some Houston players that Timbers fans should keep an eye on tomorrow night?

Depending on who starts (this is Houston's third game in less than week) it's going to likely be one of the younger guys. I'd keep an eye on Will Bruin who has been steadily improving all season and probably would be even better if Kinnear hadn't need to tinker with the lineup so much. A bigger key will be the entire midfield, if as a group they are connecting passes and moving forward effectively, it should be a good game for Houston. If the passing is erratic, there will be good chances for Portland to attack.

Finally, despite the hectic Houston schedule, can you give a predicted starting line up?

Huge thanks to Zach for taking time to answer some of our questions.

Also, due to Mother's Day yesterday and the fact that there's only a day before the game tomorrow, please use this post as the official pre-game chat thread. Discuss anything about the match!

A few topics to help kick things off:

1. A new stadium is always exciting no matter what team it's for. Any comments or thoughts on Houston's newest gem?

2. Do you expect the Timbers will have a more challenging time against Houston tomorrow due to the new stadium in similar fashion with what happened with the Timbers and Sporting KC last year?

3. How important is it for the Portland Timbers to get their first road win tomorrow?