Share All sharing options for: Cascadia Cup Preview Interview with Sounder at Heart and Pre-Game Chat 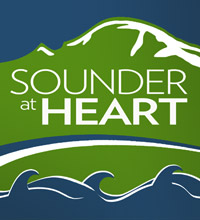 With Saturday's game being arguably the biggest match up of the year for the Portland Timbers (with the Cascadia Cup on the line) there's little reason to not be excited for the match. After all, a win against Seattle would bring about a redemption of sorts for a season that has been not only disappointing, but also a head ache for the team, fans and FO. Would winning the Cascadia Cup wash all that away? No. But it will help to alleviate the pressure.

With that said, I don't expect Seattle to take it easy on the Timbers (as if they ever would) and will be looking not only to remain in the hunt for the Cascadia Cup, but also earn 3 needed road points in order to stay near enough to the San Jose Earthquakes in case they falter.

To help us figure out what the Sounders have been up to since the Timbers last faced them, I spoke with Dave Clark of Seattle at Heart:

With the Cascadia Cup on the line, how to you anticipate the Seattle Sounders will approach the game on Saturday?

Sigi stated quite clearly that they want these points. He doesn't care about the national TV aspect and the growth of the league. He wants to be able to snap up first in the West if San Jose falters and he'd like to retain the Cascadia Cup because the fans deserve it. The squad is well rested and generally healthy. Lineup decisions will not be made based off the upcoming CCL match against Marathon in Honduras, but on how to win on Saturday.

Alvaro Fernandez was recently traded to the Chicago Fire in order for Seattle to bring in Christian Tiffert. How has this trade worked out so far? Has Tiffert performed like he was supposed to? Does the team miss the dynamism of Fernandez?

Out on the left wing you could see Steve Zakuani, Alex Caskey, Brad Evans or Mario Martinez. Each brings a different aspect to the game, but if a team knows they have that many options at the left wing they can afford to lose the strong footskills and backpost headers of Fernandez. They still tried to keep him and sign Tiffert, but league rules got in the way.

By adding Tiffert they improved their defense up the spine as he's better than Evans at that, while also improving their medium to long passes from that same role. Tiffert is everything that a coach likes about Evans and Brad Davis. He reads the game well, is always looking for a better position to be in and is capable of passes that are rare in MLS. He's not the type of player that is going to rack up huge numbers, but his passing helps the team move the ball into more threatening spaces. He also provides strong set-play service, which gives more threats on indirect kicks specifically.

Osvaldo Alonso is still listed on Seattle's injury list. Can we expect to see him on Saturday? If so, how does he impact the game in order to get a different result that the last time Seattle played in Portland?

Alonso was nearly a full participant in practice on Tuesday. There's little reason to think he won't be ready. Alonso is one of the best in MLS at stopping ball control midfielders recently shutting down David Ferreira, but has handled Landon Donovan and Javier Morales as well. When Alonso plays it forces the opposition to use the flanks more than they would traditionally. On the narrow field down in Portland he can help out more in those situations too. There isn't a defensive midfielder in MLS as good as he is. Playing against diamond midfields or three-band attacking systems he stops their standard system of attack.

Who is one player expected to start for Seattle that Timbers fans might not recognize but makes a huge impact? What does he do, what kind of impact does he make?

The least known regular Sounders starter down there is probably Michael Gspurning. He has yet to play against Portland due to an injury early in the year. The keeper is a leading keeper in the league in categories like save percentage, goals against average and even shutouts despite only playing in about half the games that most starters have. Gspurning is a puncher rather than catcher, but unlike American punchers in the pipes he uses his punches to start attacks. He's also quite tall which helps defend crosses and dead ball service. Unlike the backup keepers who can help keep the game close, Gspurning is capable of dominating performances and Keller-esque saves. His worst "error" of the year was coming off his line early during the US Open Cup Final's PK shoot-out. Besides that moment he does not get beat in notable ways. Losses can not be pinned on him in fact he's only lost twice with ten wins and two draws. He is Cerebus, the three-headed dog.

Big thanks to Dave for taking time to break down Seattle a little bit. You can read more about the Seattle Sounders at his site: Sounder at Heart.

So with that out of the way, here are some discussion topics ahead of the match: