How will Ryan Johnson fit into Portland's lineup?

An in depth look at how Toronto utilized Ryan Johnson last year and how Portland might use him.

Share All sharing options for: How will Ryan Johnson fit into Portland's lineup?

Part of Portland's roster overhaul during this off-season has been to bring in players who have experience playing in MLS and who can play multiple positions. Ryan Johnson was one of those acquisitions. Ryan has been plying his trade consistently in MLS since 2008 with San Jose and Toronto FC and has played in 142 games during that span.

Ryan is listed as a forward but after looking over how Toronto used him this last season he could be also be used in the midfield. Last season Ryan played in 31 games, all of which he started, and during those games he scored 7 goals and had 5 assists. Overall Ryan had his second most productive season of his MLS career last year despite being on arguably the worst team in the league.

While playing the 4-4-2 line-up Ryan played either the right or left forward position, 8 and 7 times, and more than likely during the game switched positions with his strike partner. He also played as the left mid in the 4-4-2 line-up three times. For examples on how he played at each of those I have included an example heat map for each position below. 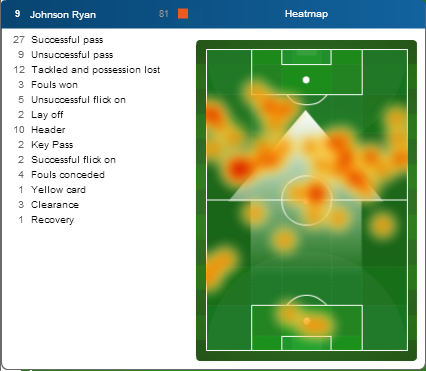 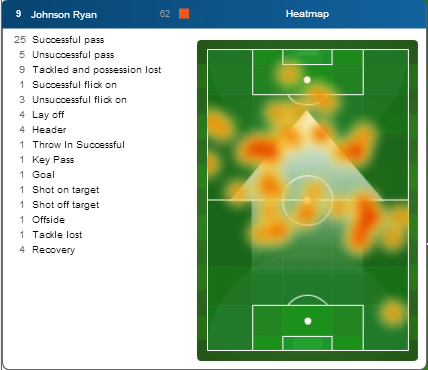 As you can see from the above heat maps there are very few differences between the two positions and the slight differences can be attributed to the fact that they are two different games against two different opponents. Right forward and left forward are just generic titles as the two forwards change positions through out the game. 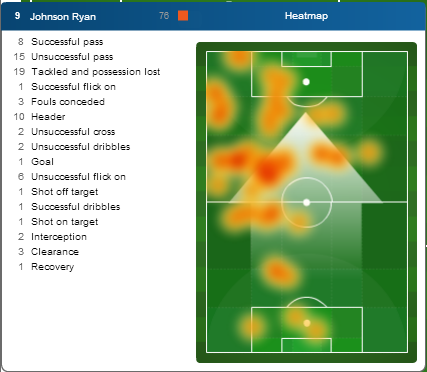 As you can see from this map that as a left mid in the 4-4-2 formation Ryan likes to get forward but does not play a lot of defense. Portland would need to have confidence in their left back who will be under constant pressure with very little defensive help from Ryan.

Toronto played a 4-3-3 last season 9 different times with Ryan Johnson in the line-up. Of those 9 times they used Ryan he played center forward 7 times and only played on the wing twice. 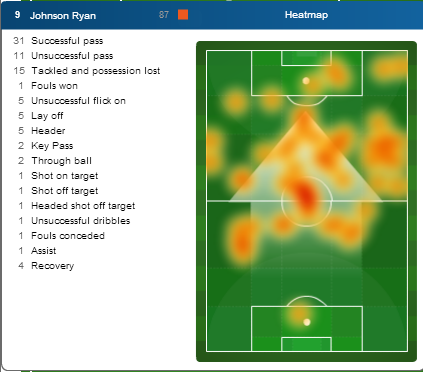 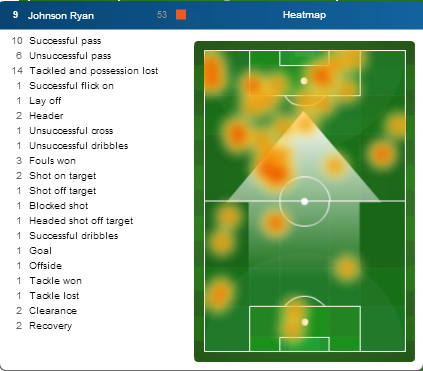 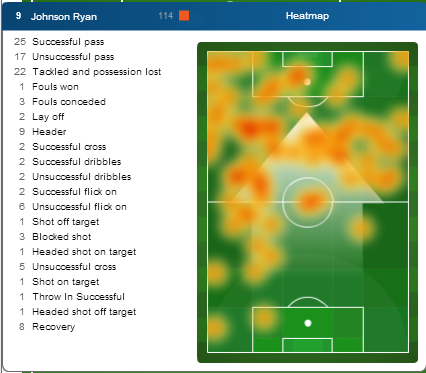 Looking at the three heatmaps from the different positions in the 4-3-3 you can see Ryan is a forward who moves and can turn up anywhere on the pitch. He does not restrict himself to one side of the field or the other and probably chases down balls.

How will Portland use him?

Caleb Porter likes forwards who move and put pressure on the opposition's defense and this is probably why Portland traded for Ryan. He is versatile enough that he can play any of the forward positions in a 4-3-3 and can even play the outside midfield position in a 4-4-2 but with the amount of midfielders Portland currently has on the roster it is hard to see Ryan playing in the midfield. His ability to play on the left is probably his biggest asset he brings to a team who have very few naturally left sided players.