I believe it is Chris Rifer who does this at timbersarmy.org, but I decided to have a go at it. After a wonderful 2013 season, our beloved Timber's players need things to keep them busy until late January. As a result, I decided to spread the holiday cheer and provide a few players some necessary gifts.

The league's assist leader and Newcomer of the Year played like a maestro with the ball as his music, and the team as his symphony. Now we wouldn't want him to lose that would we? So I gift him a conductor's baton in order to keep him sharp over the break. And hey, maybe he'll have a future job after his Timbers career is over.

After watching Ricketts, the MLS GKotY, fly around to make save after save all year long, I thought it would only be fitting to give him a cape. Honestly, the only thing that could've made his save vs Kekuta Manneh in Vancouver better, was a cape with an S on the back.

Now I decided to give a few players some "vacations" if you will. So first:

After scoring that monster goal vs LA, he showed us all on the NBC broadcast that he wants to, as The Bangles once said "Walk like an Egyptian". So here you go AJB, have fun in Egypt. (Even though it's a mess right now) 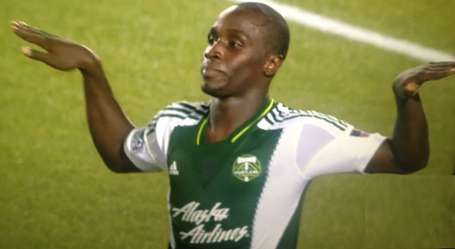 I feel nothing is better for El Trencito right now than getting some more playing experience. As it was reported that Buenos Aires team, Club Olimpia,wants him, I would gladly pay for his airfare.

Maybe I'm alone in my belief that Sal Zizzo is useless, but he is certainly not as capable as the rest of the midfield. News has come out that the Timbers are forming a relationship with new NASL side, Sacramento Republic FC, I find it fitting for Mr. Zizzo to be one of their first signings.

As a new member is joining the Nagbe family in early January, we need one of our star players to stay sharp the whole time. Thus, I gift him earplugs. Built to endure the harshest nights of ear piecing screaming from a newborn baby, earplugs will give Darlington a restful night's sleep. And according to Caleb Porter, a good night's sleep is very beneficial.

Maxi Urruti may just be our future star striker. In that case, he needs to build up some bulk to take the brunt of MLS quality centerbacks. Muscle Milk will certainly help Maxi(in the words of 20th century teenagers)"Get swoll"

Tune to 2:30 in this video: http://www.youtube.com/watch?v=NaUOadb5dCA. Oh the Humanity! Let's hope this doesn't injure Dave though.

Admit it, for his size, Diego Chara is very intimidating. Put fangs on him, and he is downright scary. Especially when he gives his wry smile after fouling someone, those fangs could be very helpful. Although, hopefully, he doesn't use fangs like Luis Suarez does. Hehe. 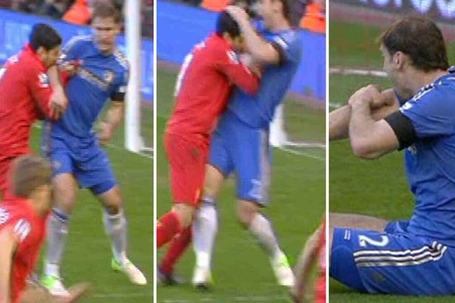 I am going to help in any way possible for keeping Mikey's luscious head of hair intact. A new comb would be just the fit.

Because Kalif clearly has jazz hands.

Well hopefully the guys appreciate my choice of gifts for this offseason. If sudden inspiration strikes, I might just supply presents to the rest of the team. Comment down below on your ideas of good gifts for other players.