I ventured down onto the pitch during today's game and took some photos, about two thousand of them. Most were out of focus or poorly framed, but a few turned out all right.

Here are some of my favorites. 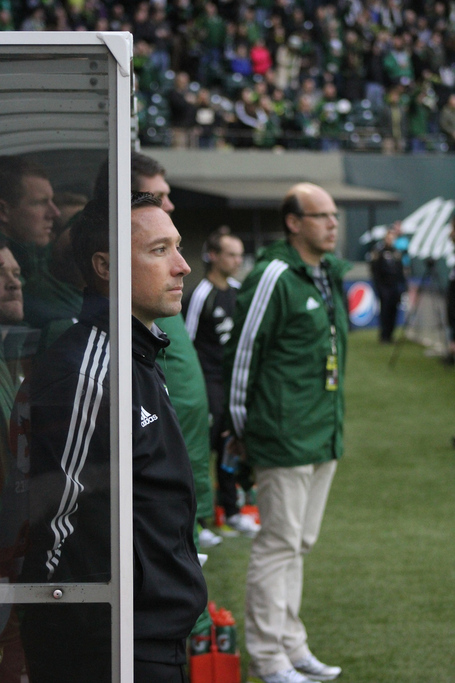 Caleb Porter in his natural environment. I like to think of him as "the Professor." 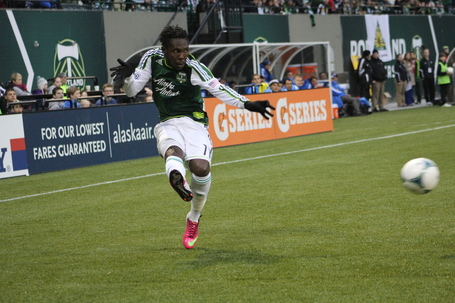 Kalif Alhassan puts his hands up. 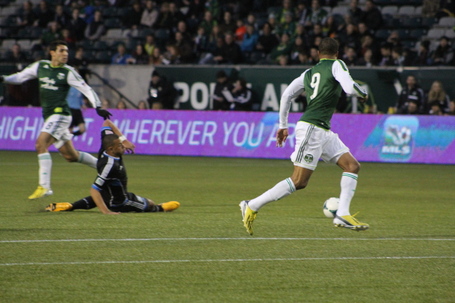 Step one: Diego Valeri plays in Ryan Johnson for the Timbers' second goal. 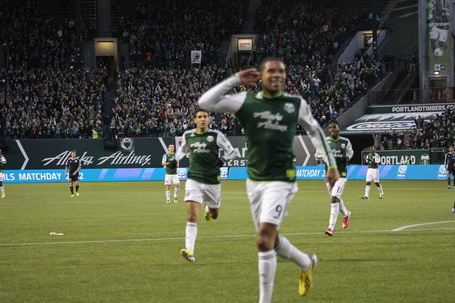 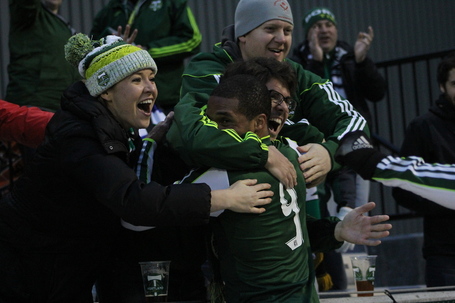 Ryan Johnson has really embraced the fans here in Portland. 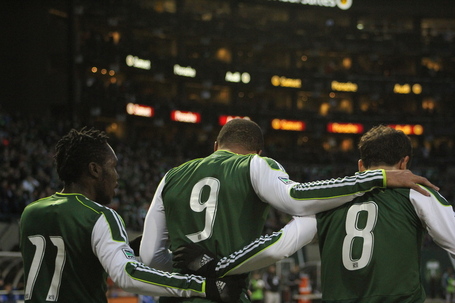 My favorite shot of the night: the three amigos. 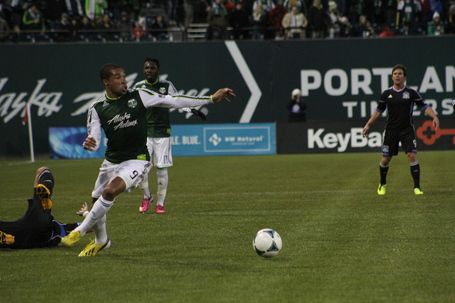 Ryan Johnson knows we all miss Bright Dike, so he made sure to destroy Jason Hernandez before winning the ball. 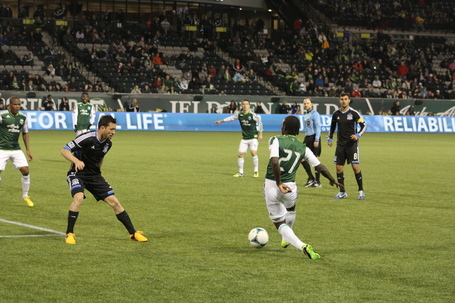 Diego Chara plays a wall pass at the top of the box. 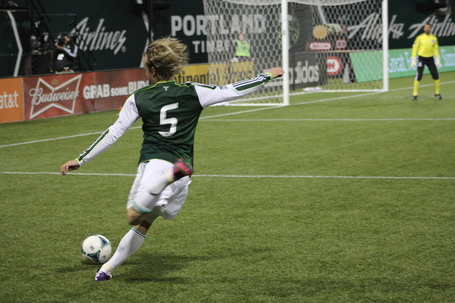 Michael Harrington and his hair cross the ball into the box. 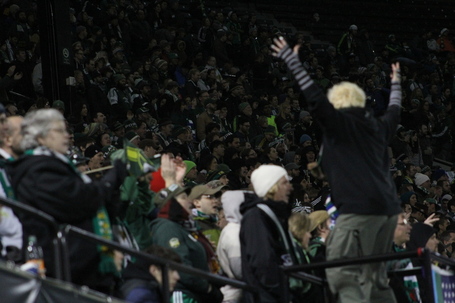 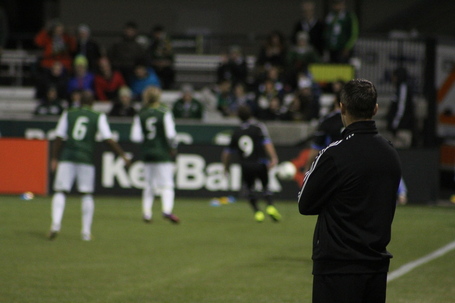 Caleb Porter looks on as his players get organized down the pitch. 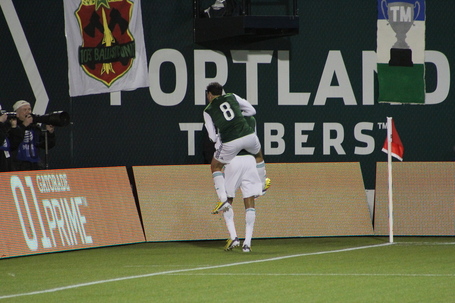 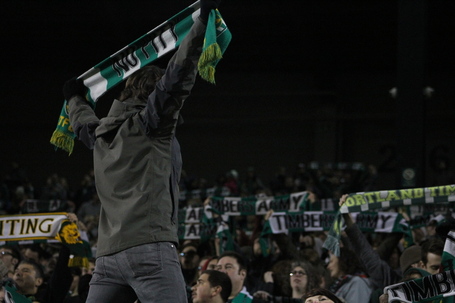 And the second obligatory crowd shot. 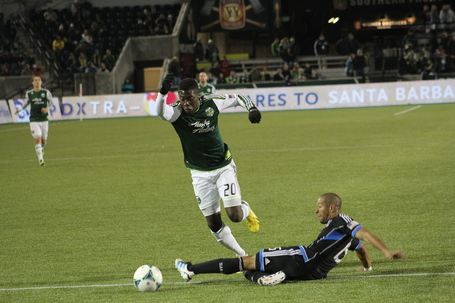 Would you get in the way of Jose Adolfo Valencia? I wouldn't. 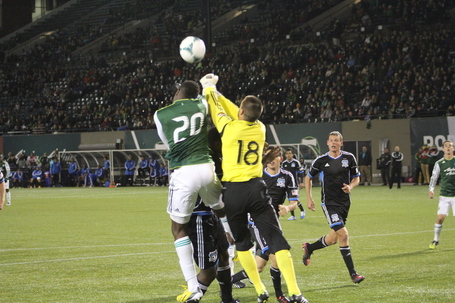 Trencito ran into whatever was in front of him against the Earthquakes, including keeper John Busch several times. 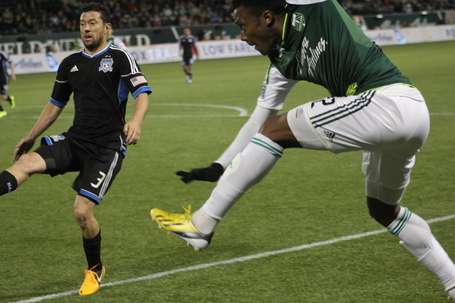 Rodney Wallace cuts a ball back into play from right on the end line. 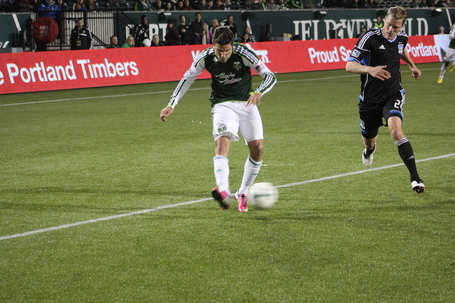 Sal Zizzo crosses the ball into the San Jose box late in the second half. 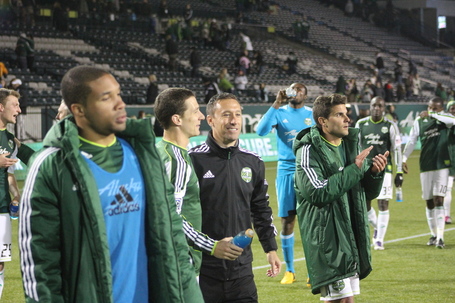 The team heads into the locker room after doing their traditional lap of the field and Caleb Porter seems to have his "that was pretty cool" moment. 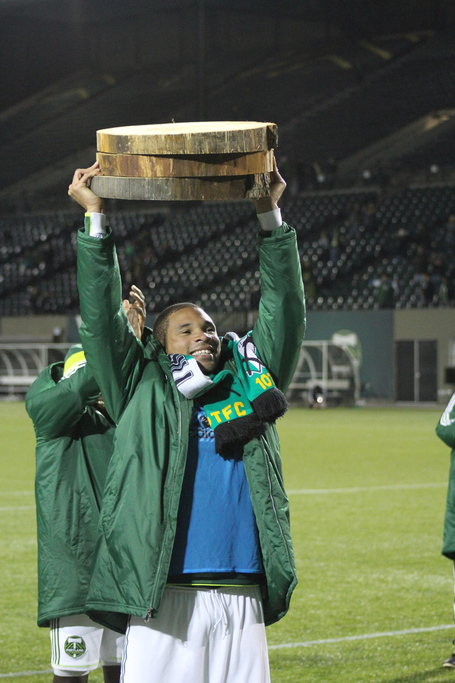 Ryan Johnson does the three log press in front of the Timbers Army.