What the Timbers Can Learn from Tigres Going Into Today's Match

On Tuesday night the Seattle Sounders hosted Tigres in CONCACAF Champions League play. The Timbers face off against the Sounders tonight to kick off the Cascadia Cup. So, what should the Timbers have taken away from Tuesday's match?

Share All sharing options for: What the Timbers Can Learn from Tigres Going Into Today's Match

The Sounders match against Mexican side Tigres de la UNAL was the prototypical game of two halves. For the first forty-four minutes Tigres arguably controlled the game until a boneheaded second yellow card to Manuel Viniegra reduced them to ten men. From there things went rapidly downhill as a pair of fantastic strikes from distance and a well taken, low-angle shot from in close put the Sounders in the league.

Still, there is plenty to take away from the early Tigres efforts.

1. Tigres controlled the first half with effective possession and passing

In the first half Tigres of the match Tigres attempted 231 passes, 28 more than the Sounders. Not a huge difference, but it was the success rate of those passes that made the difference. Where Seattle completed 75% of their passes, Tigres was able to complete 80%of theirs. Most of that difference in completion rates came in the final third of the pitch where Tigres completed 19 of their 26 passes, while the Sounders put together 19 of 37 passes.

In the Timbers' match last weekend against the Montreal Impact, the Timbers were even more prolific in their passing than Tigres, attempting 630 passes over the course of the game and making 79% of them (81% in the first half before going down two goals).

2. Tigres cycled the ball through the midfield to control possession and pull the Sounders out of formation 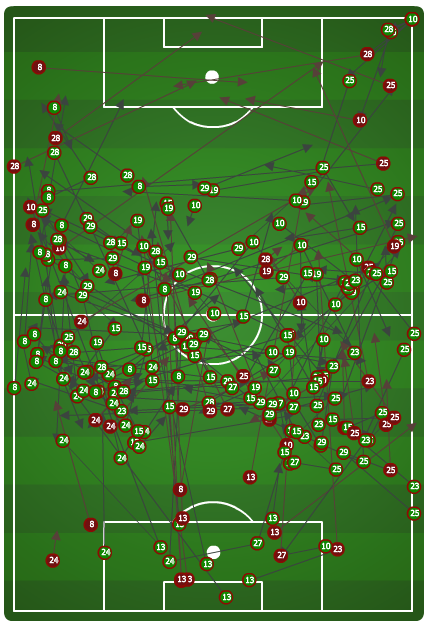 Although 44 minutes of passing leave quite the jumble to decipher, you can clearly see a large number of lateral passes both through the midfield and back through the defense as Tigres sought to maintain possession. 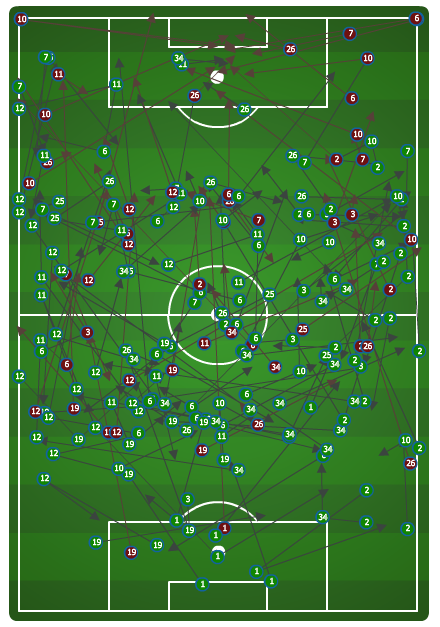 Looking at the Sounders' passing over the same period of time, you can see a more direct style of passing with the majority of passes going down the pitch toward the Tigres goal.

The Timbers' passing against the Impact bears a striking similarity to the passing of Tigres (I would include OPTA Chalkboard maps of that game as well, but the passes for a full game make them unreadable), although advanced further down the field.

3. Tigres scored by switching the field and attacking quickly

Here is Tigres' goal against Seattle: 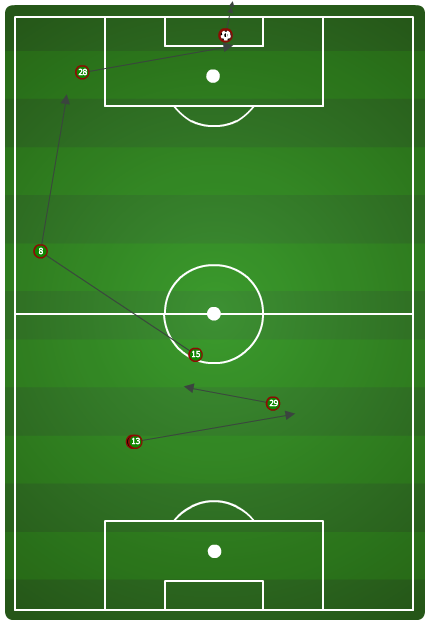 And here is the Timbers' goal from last Saturday against Montreal: 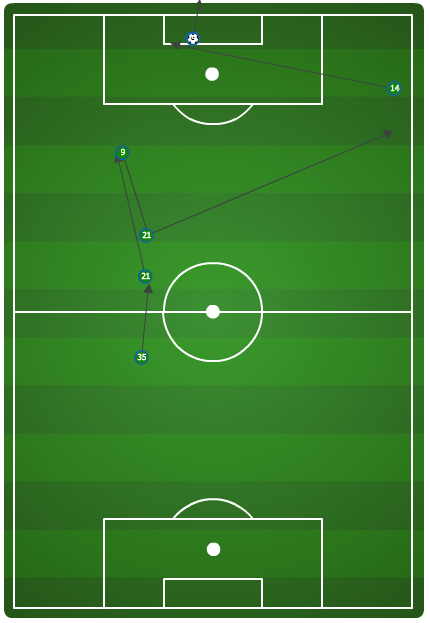 The Tigres goal starts with the Mexican side shifting the ball out to the right, normally they would continue to bring the ball up the flank or cycle it back around to the defense. However, this time Tigres plays the ball back across the field, switching directions as the Seattle defense gets pulled out of position. DeAndre Yedlin is fast enough to get back to the ball but an uncalled shoulder charge leaves Alberto Acosta coming in from the side unmarked. Acosta slips the ball to Elias Hernandez who makes a good run and knocks it home.

The Timbers' goal against Montreal, their only strike of the match last weekend, unfolded in a similar fashion. The Timbers begin with a probing attack down the left side of Montreal's defense. When Ryan Johnson is unable to find any space down the left, he centers the ball to Diego Chara who picks his head up and plays a long ball to Ben Zemanski coming down the right wing. Zemanski cross the ball into the box, picking out Ryan Johnson who knocks it home.

The Mexican team proceeded to happily ping the ball around the field for 20 or 30 touches until we heard giddy "Ole"s from Tigres fans echoing through the stadium. And we all looked up and the same time and thought "Not again".

Ignore Sounder at Heart's whinging for a moment, and think about the similarities between the style of being exhibited by Tigres and the style of play we have all seen from the Timbers. With a little less time wasting Tigres might never have gone down a man and in all likelihood would still be passing the ball back and forth across their back-line with impunity as Seattle's stadium operations folks try to clear them out before tonight's game.

If the Timbers can hold possession as well as they did in the first half of the team's game against Montreal, the Timbers stand a good chance of coming away with a point from what will likely be one of the toughest tests of this new group.

Is this overly optimistic? Perhaps, but the tools are there. The team just needs to get them all working at the same time, and what better time than now?

Cascadia Cup: The Beginning of the Hunt, March 16th