Diego Valeri got off to an impressive start against the New York Red Bulls, but has since been moved around the starting XI. Where does he fit in best?

In a single month Diego Valeri has gone from being the best player on our weekly play ratings threads to becoming one of our worst. It's interesting because, Valeri is very clearly skilled as a player in a creative element, but since his jaw-dropping debut against New York he has been moved around. In four games, he's played in roughly three different positions. I say "roughly" because in the game against the Montreal Impact, he was still a CAM, though the formation at large changed considerably.

To compare, however, here are his positions during the New York Red Bulls game and the Colorado Rapids game: 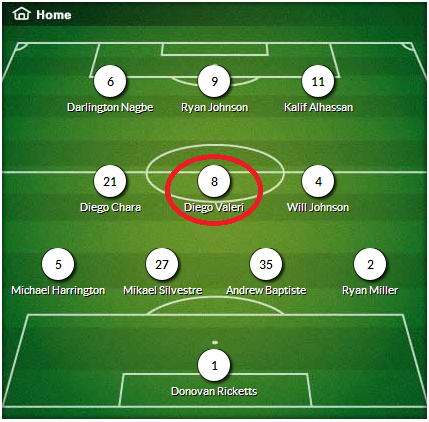 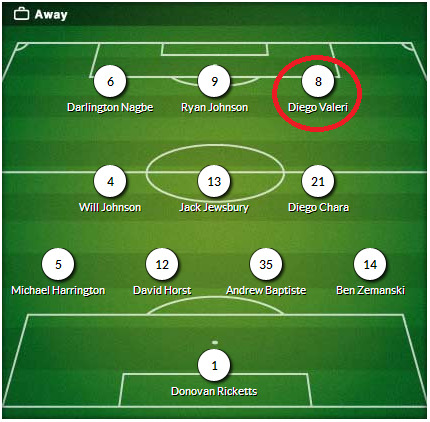 Granted, Caleb Porter was attempting to shore up its defense with the use of Jack Jewsbury in a CDM role. Still moving Diego Valeri from the CAM role to a right winger position did him absolutely no favors. This is plainly obvious when looking at MLSsoccer.com's Chalkboard. 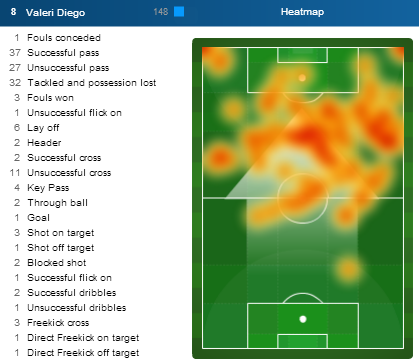 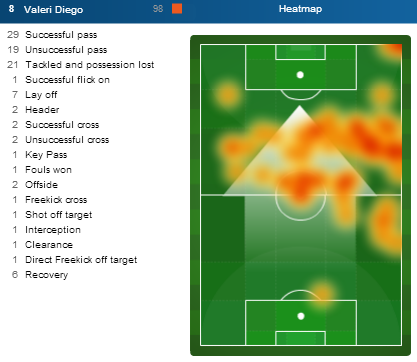 I'm not an expert soccer statistician or tactics analyzer, but it's plainly obvious how ineffective Valeri was against the Colorado Rapids than he was against the New York Red Bulls.

Being pushed to the right side of the field, limited his engagement to move where he needed to to make a serious impact on the game. Effectively, his creative talents were cut in half. If he saw an opening going in the left side of the field against the Colorado Rapids, chances are he was too far away to exploit it.

Against the New York Red Bulls, however, while it was clear that he still drifted toward the right side, he was able to cause the most damage from the left. In fact, his wonder-goal came from a run on the left side of New York's box.

In one more comparison you can see how ineffective he was in terms of taking actual shots: 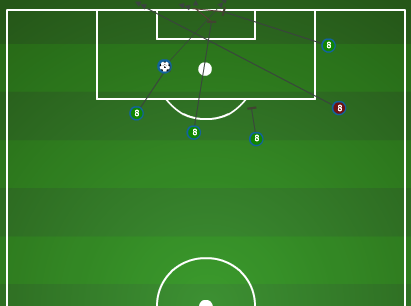 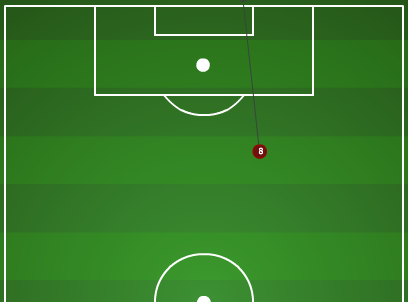 Against New York he was able to get off five total shots, three of which were on target, with one of them having been a goal scored. Against Colorado he got just a single shot off, which wasn't on target. Clearly, his effectiveness against Colorado was sufficiently muted.

Now comes the disclaimer. While I certainly believe Valeri makes a better CAM than right attacking forward, there are a number of factors that go into his performances and we don't yet have a wide range of games to compare. Just four. So, for example, the fact that he was the star player for the Portland Timbers playing at home in the home opener for the season could have had a positive impact on his performance. Likewise, playing on the road at high altitude could have an equally negative impact on his performance.

Despite that, however, in my rudimentary analysis it's still clear that he has been far more effective overall in the central midfielder position. Even against the Montreal Impact, which had done a great job muting him all night, he was able to take far more shots, move around much more, and generally have a far better game than he was able to against the Rapids.

It will be interesting to see where Valeri ends up on Saturday. Given that this is a home game and recent performances, my guess is that he'll be back in his CAM position.

Where do you want to see Valeri play? What position does he excel at?