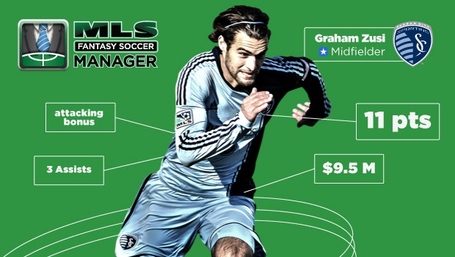 I am so excited for this. In 2014, with the larger rosters, increased prices, and small roster cap increase, soccer managers are going to have to get smart in order to make the most of their dollars. I have spent the last month or so tweaking and tweaking and tweaking my roster, looking for that diamond in the rough player or two that will give me an edge out of the gate. I've debated which big money purchases will pay off over the course of the season. And then, I've thrown all of it out the window, started from scratch, pulled out a few hairs and some excel spread sheets, in order to make what I think will be a good starting point. Here's to nothing:

Happy start of the season to you all! Who are you betting on in your starting XI?