The Portland Thorns held their final training session prior to tomorrow's meeting with the Washington Spirit.

The Thorns opened training by working on some light passing in groups of four, then transitioning into larger keep-away games for the first several minutes, under the watch of assistant coach Scot Thompson. 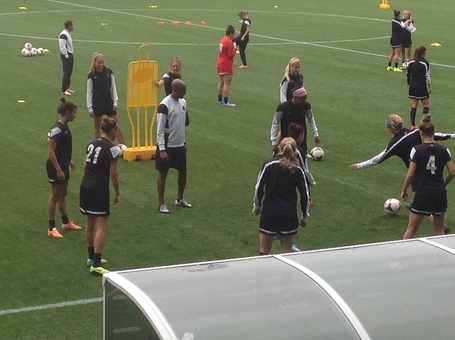 The team then began working on stretches and light jogging with strength and conditioning coach Mike Demakis, while goalkeepers Michelle Betos and Cris Lewis moved to the far side of the field with goalkeeper coach Steve Reese. 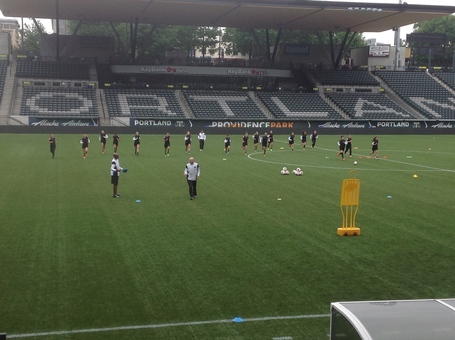 Riley then had the players get in groups of four or five, with a dummy in the middle, and work on passing and ball movement around the stationary "defender", which he stated they are working on "because the midfield isn't doing it." 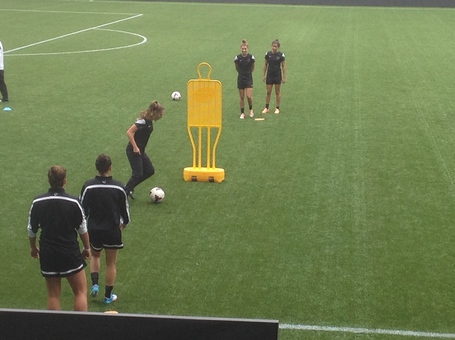 After a few minutes of observing this drill and Riley giving constant instructions, training was closed to the media for the remainder of the session.

All 14 available first team players, plus the 4 amateur call ups participated in the portion of training I observed.

Following training, Riley spent several minutes talking to Emily Menges and Rebecca Moros while I waited to speak with him.