In early February, longtime Thorns goalie and fan-favorite Michelle Betos announced that she was going to take her skills overseas to Norway. With Betos gone, the job is up for grabs between newly acquired Britt Eckerstrom and Thorns "veteran" Adrianna Franch.

The question is, does Adrianna Franch have what it takes to be a starting keeper in the top women's soccer league in the world, or can Britt Eckerstrom come into Portland and snatch the starting job right out of her mitts.

This question looked like it was going to be answered after the first half of Portland's 2-0 victory in their home opener against the Orlando Pride. It seemed like the Thorns now longest tenured goalie, Adrianna Franch, was doing her best to give the position away.

In the first 15 minutes of the game, Franch gave the Pride the best look that they would have at the goal all night. She came off her line to go for the ball, but instead of diving to pick it up, she attempted to kick it away. The ball ultimately found its way to the feet of a Pride forward who thankfully, for Portland, sent the shot to the far left of the post.

Franch has the tendency to try to kick to clear the ball instead of picking it up and clearing the field; this looked particulary scary at times and resulted in her chipping the ball up too high which left the goal very vulnerable with the goalie nowhere near it.

While Franch made her fair share of blunders in the first 45 minutes, she more than made up for it in the second half. Franch showed exactly why she should be the Thorns starting keeper by accumulating seven saves, the second most by any goalie this opening weekend.

Those seven saves came out of her showing the Rose City her biggest strength, her athleticism. She made a spectacular save on a free kick by diving to her left to deflect the ball. She caught the ball like Julio Jones showcasing her outstanding vertical. For as cold as Adrianna was in the first half, she was equally as hot in the second half. 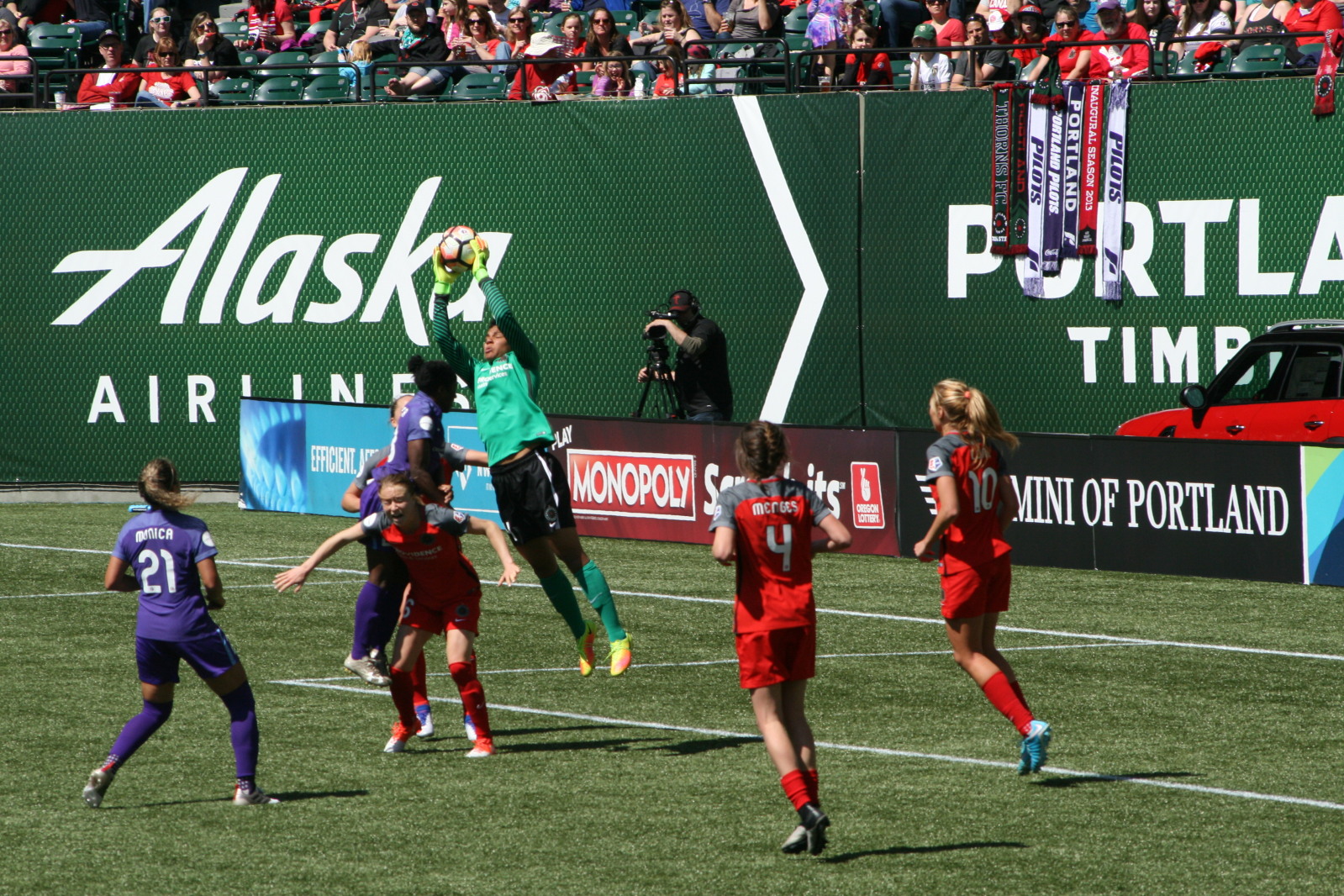 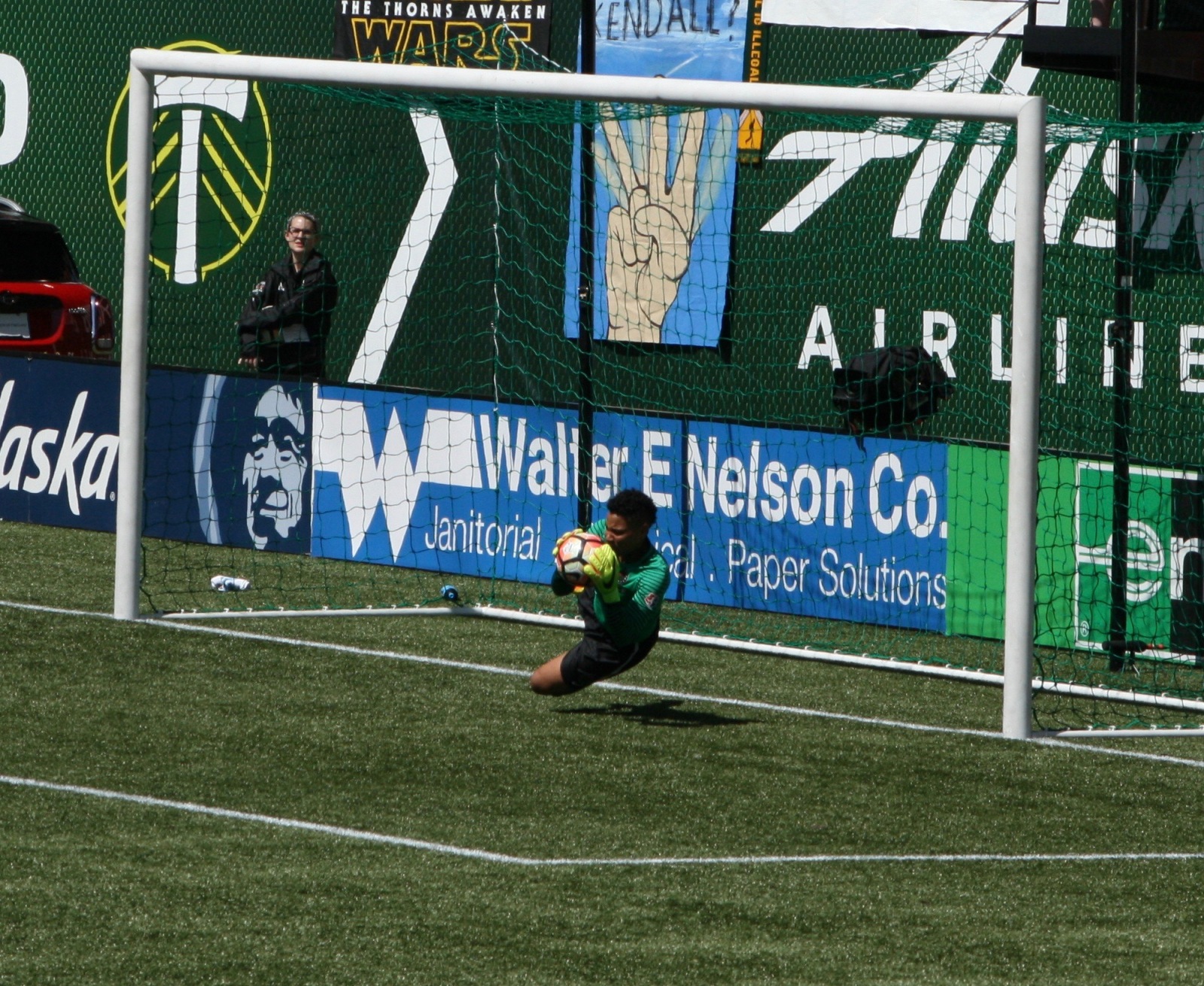 With Franch redeeming herself and showing glimpses of her full potential, many Thorns fans are left to wonder when the team might give Eckerstrom her shot in goal.

Many fans believed that she might get her shot sooner rather than later after seeing Franch make a few silly mistakes in the preseason, like kicking the ball directly to the opponent.

Nevertheless, Eckerstrom is kind of like a rookie herself. Britt started only three games last year while playing for the eventual league champion Western New York Flash. In those three games she racked up 16 saves while allowing two goals. What people do not know is how good she can be if she is given a larger sample size.

If Franch continues to play like she did in the second half of the season opener, than Eckerstrom will most likely back up Franch for the majority of the year. However, if Franch costs the Thorns a few points by making just a single mistake, than Britt might get her chance sooner rather than later.

Without Portland favorite Michelle Betos on the team anymore, the keeper position is there for the taking, and it will certainly come down to the player who can impress coach Mark Parsons the most. 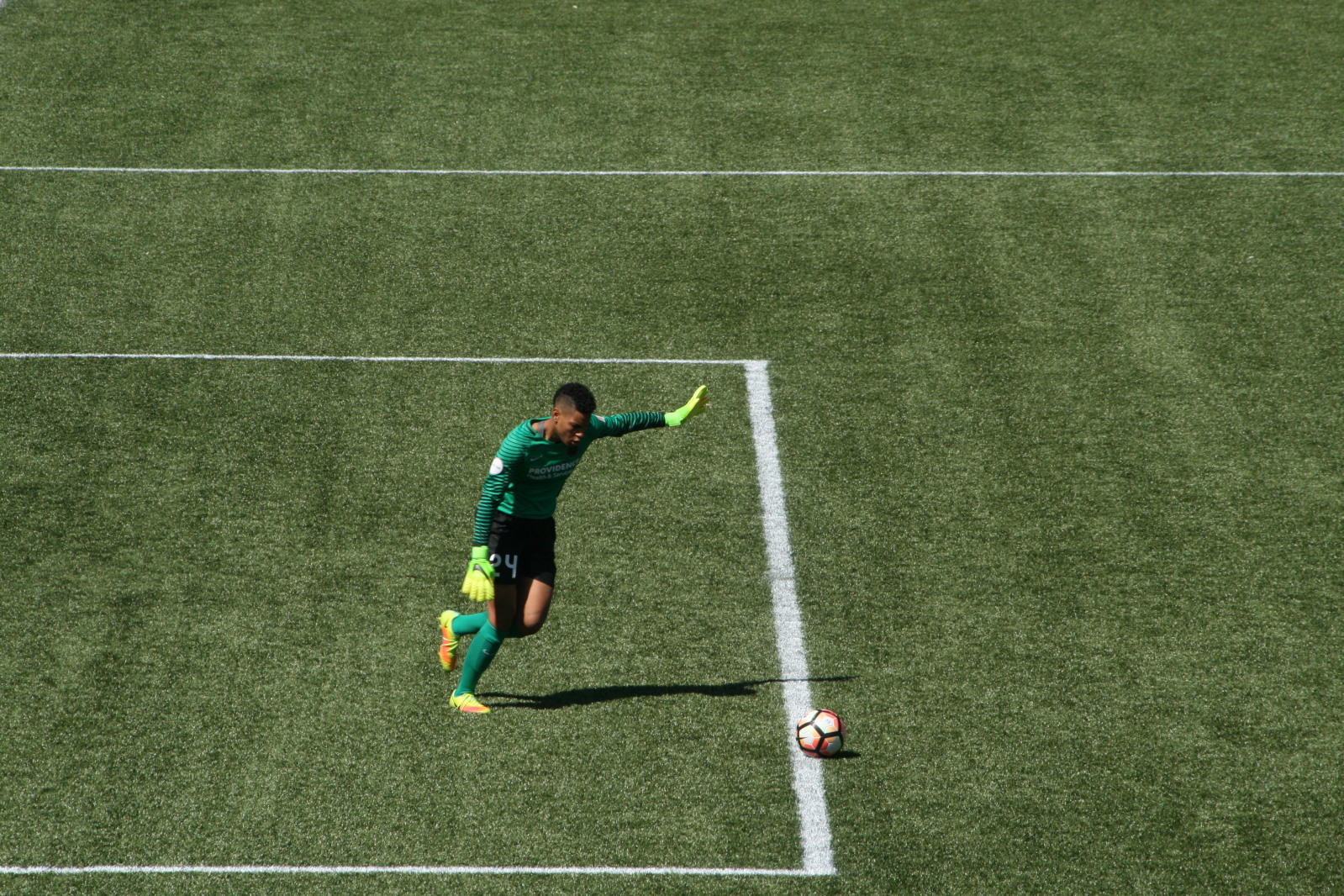 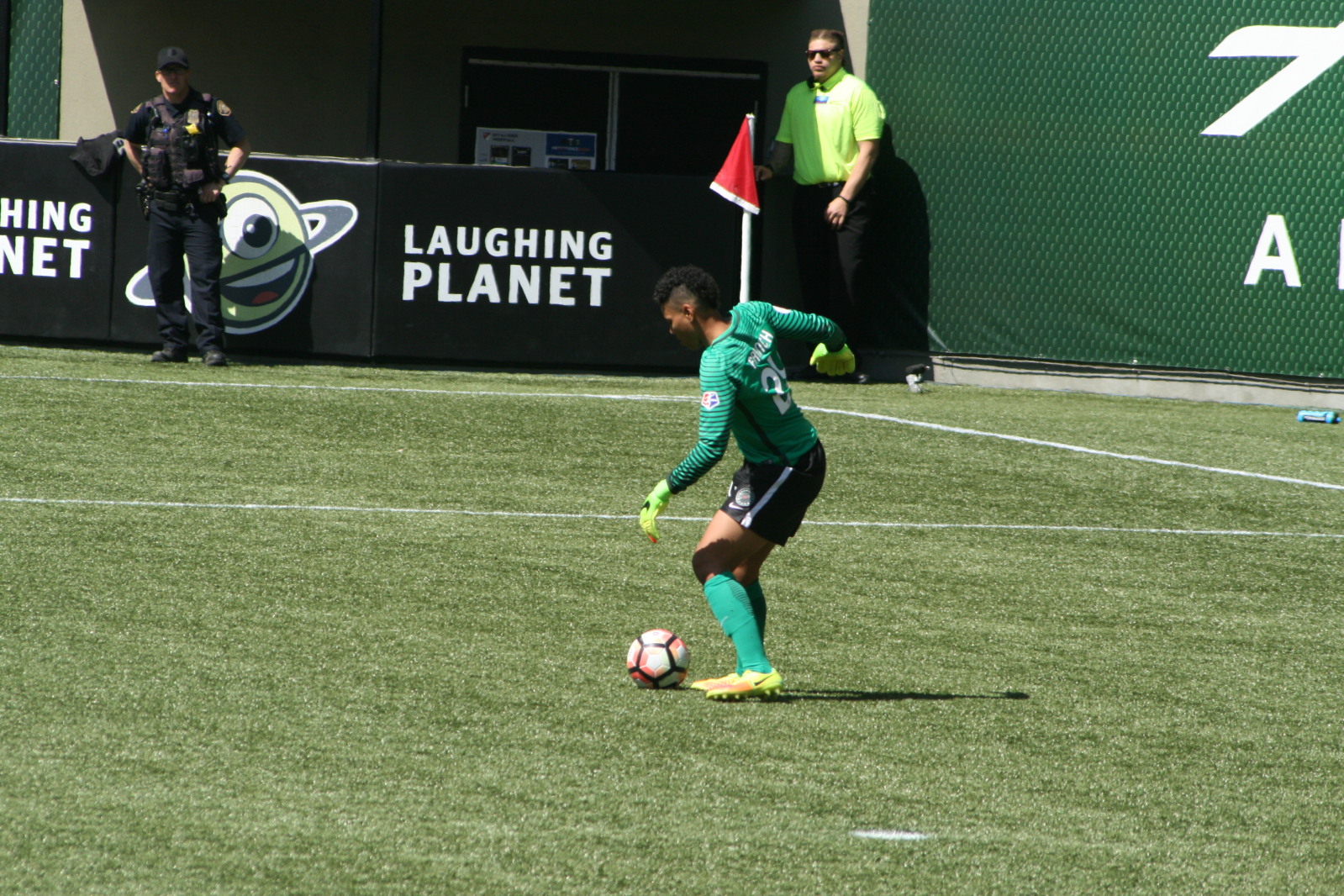 Who should start at keeper for the Thorns?