Timbers fans have been fretting about the new jerseys ever since the first leak came out. Last night, the Timbers finally showed off the jerseys in person.

The Timbers unveiled new jerseys for the 2013 season last night at an event at Talisman Gallery as part of Last Thursday. Diego Valeri and Ryan Johnson modeled the jerseys for a crowd of media and fans.

Stephen Todd, an Adidas executive, walked through the details of the new kits, which are 30 percent lighter than the old jerseys and have a base layer that can transmit data to a computer or iPad. They also have several little touches of the type that made our previous jerseys special. The primary jersey features a rising sun design on the back of the neck, which the secondary reads "You cannot stop us" on the inside of the neck and "We are the Rose City" on the outside.

Having seen the jerseys in person, I am less bothered by some of the details that I didn't care for in the leaks and the teaser video. The chevrons looks less like baseball stitching and the mesh v-neck is not even terribly noticeable in person. I'm pretty much sold on the new Rose City red jersey. I assume the green will grow on me eventually. 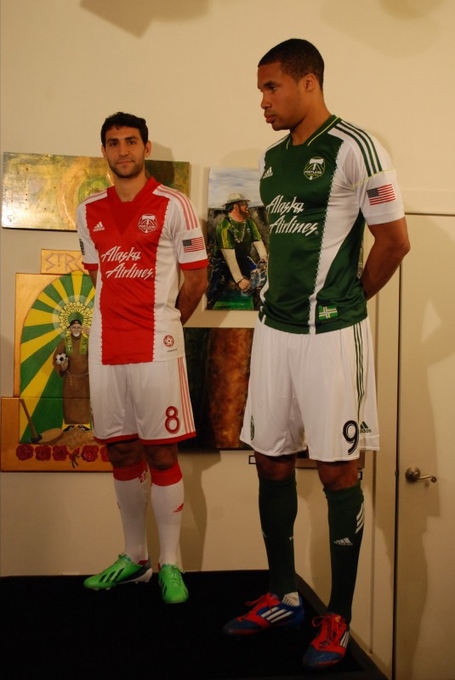 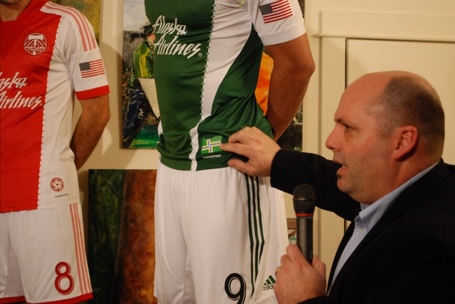 Stephen Todd shows off the Portland flag on the primary jersey... 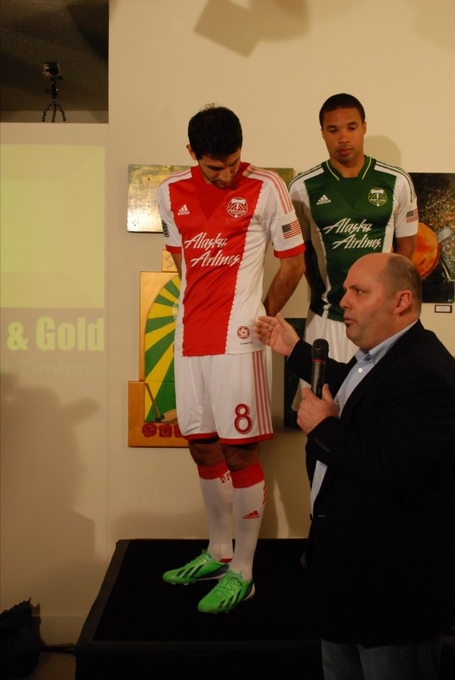 ...and the rose logo on the secondary jersey. 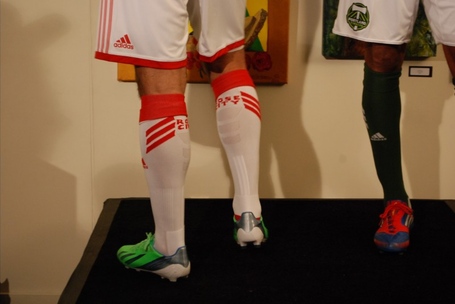 Even the white socks had a snazzy touch, with "Rose City" written across each calf. 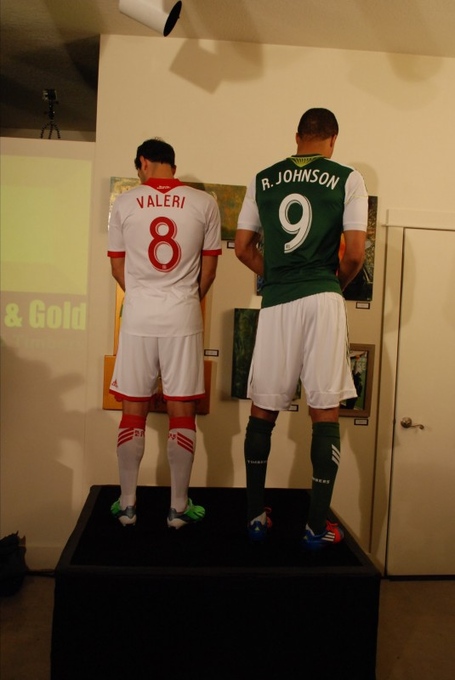 The boys show off the back of the jerseys, complete with a new font and numbering style. 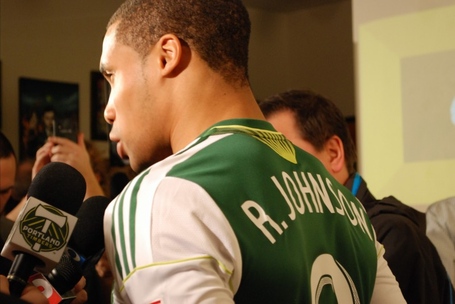 A nice view of the rising sun detail on Johnson's jersey. 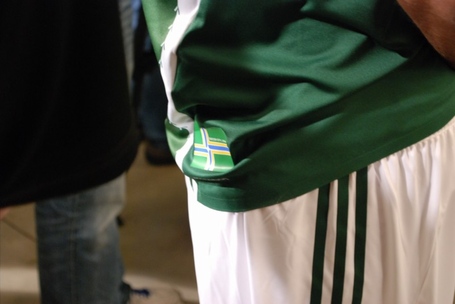 This is probably my favorite part of the primary jersey. 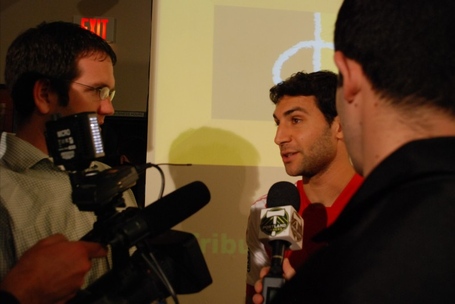 Valeri talks to the media. Both Valeri and Johnson, in responding to a question about what they like about the kit, confirmed that it felt exceptionally light.