Leo Crowther Passes Away at Age 91

The Timbers' original assistant coach was a key part of the club's incredible success in its debut season.

Share All sharing options for: Leo Crowther Passes Away at Age 91

Leo Crowther, the Portland Timbers' first assistant coach, passed away at the age of 91 on Tuesday at his home near Birmingham, England. Crowther spent only one summer in Portland amid a career full of achievement, yet his impact can still be felt from the center of the concentric rings of area coaching.

Having played alongside the John Charles in the Second Division at Leeds United in the 1950s, Crowther moved into coaching in the 1960s. After spells at smaller clubs, he served as youth team manager at Birmingham City, coaching Trevor Francis, among others, before moving to Aston Villa in 1970. Hired by Vic Crowe, Crowther served as second team coach and was involved with the youth teams, as well. He helped Villa to the 1972 FA Youth Cup, featuring a young Tony Betts, and was on the field with Crowe when Villa's first team reached the 1971 League Cup final at Wembley.

When Crowe took the job in Portland in March 1975, Crowther was his first call. Given the then 52-year-old's connections across English soccer, Crowe knew that his former colleague would be the perfect partner in the short window available for attracting talent to join them in Portland. While Crowe made several visits to the United States in the build up to the 1975 season, Crowther remained in England, traveling the country looking for players to join the inaugural Timbers.

Crowther helped facilitate loan agreements between English clubs and the Timbers, corralled players for their transatlantic flight and borrowed Villa defender John Gidman's Ford Capri to speed up to Liverpool to finally collect the long awaited visas required for international travel and employment. When ten British players stepped off a Pan Am flight from Heathrow, via Seattle, on April 27, 1975, Crowther was with them.

Once in Portland, Crowther took on even more responsibilities than during the roster building spring. As assistant coach, he aided in training sessions and served as the good guy to Crowe's tough guy, particularly with younger players. When the regular season started, he provided color commentary for KOIN radio's broadcasts, teaching the Portland public both about the Timbers' players and the rules of the game.

Perhaps most importantly, and where his impact has been most significant but underreported, Crowther served as the Timbers' community development officer. Taking the role to heart, he wrote and distributed a fourteen-page pamphlet full of drills and pointers for area youth soccer coaches. Throughout the summer of '75, Crowther also led a ten-week coaching course at Portland Community College, long before coaching licenses or credentials were involved in coaching in the Rose City. While many players from the Timbers' NASL era are rightfully praised for their contributions to the local soccer infrastructure, Crowther's involvement in Portland and Vancouver was the genesis for such community engagement and enhancement.

While Crowe's family joined him in Portland for the summer, Crowther was not afforded the same luxury. Only once during his time in the city did his wife and daughter come to visit, spending several days taking in Mt. Hood, Multnomah Falls and the warm summer weather around July 4.

Crowther did coach the Timbers for one game, a 2-1 loss to the Boston Minutemen on July 12. With Crowe briefly out of the country, Crowther led the team against Shep Messing and António Simões with Eusébio watching from the sideline. Before Crowe returned, the Timbers trained for their game against Pelé's New York Cosmos with Crowther leading the session in Central Park. When Crowe took back over upon his return, Crowther provided color commentary for the Timbers' big 2-1 victory, a game that was broadcast in Portland on KATU. 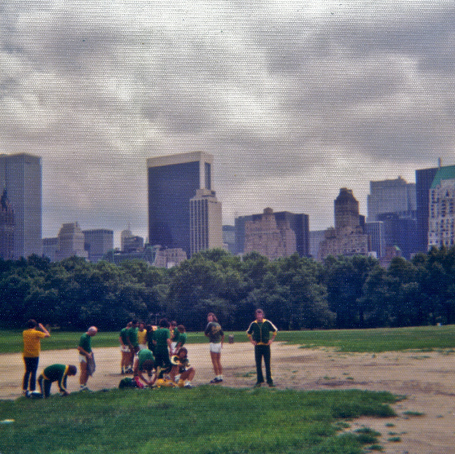 Though he never returned to Portland after his five months in the city, Crowther kept in touch with Crowe and some of the players with whom he helped create the magical first Timbers season. After his career in soccer was over, he spent many years working as a probation officer in Birmingham, though he endeavored to record his many detailed memories in the form of a book. Despite working with some of England's biggest clubs and biggest names, Crowther had dozens of pages devoted to his short time in America. As of today, his work is unpublished.

After Crowe passed away in January 2009, Crowther was the only living link to the inaugural Timbers coaching staff. He was kind and generous and very willing to help share all he could on that vitally important summer of 1975. His passing is a big blow to waning first hand experience of the construction of the original Timbers, but also a chance to highlight a man who was always working to grow and improve the game, far away from the newspaper headlines and television cameras.

Crowther is survived by his wife Vera, three children, grandchildren and great-grandchildren.