Fans got their first good look at Gaston Fernandez this past weekend along with some insight on what type of player he is.

Share All sharing options for: Gaston "La Gata" Fernandez is: The Mover

By now you probably have at least a cursory familiarity with Gaston Fernandez, Portland’s recently signed, 30-year-old Argentine striker: you know he’ll likely be a favorite among female supporters for his Prince Charming-esque good looks; his nickname is "La Gata", or "the cat"; and he’s got a decent track record for scoring goals in Argentina and Mexico.

What you may not be as familiar with however, is exactly what his style of play is like. Is he a rough-and-tumble Chara type? Silky smooth like Nagbe? Cheeky like Alhassan? Or more of a speedy, opportunistic player like Urruti? We’ll all undoubtedly get more familiar with Fernandez as the months roll on, but if you need a quick crash course in the basics of how Fernandez plays, just witness his movement and mobility in this 4-minute stretch from Sunday’s match against San Jose. 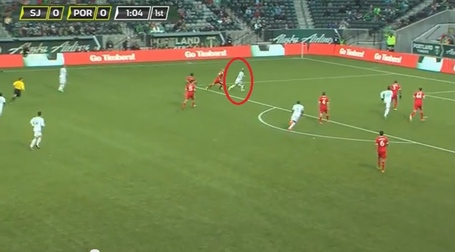 ↑ Fernandez was in the "Valeri role" on Sunday, but he let others do the creating early on as he made a darting run into the penalty area. 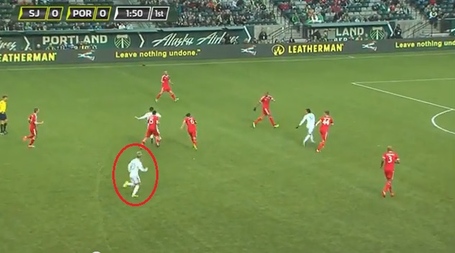 ↑ Moments later Fernandez was finding space in the center of the pitch... 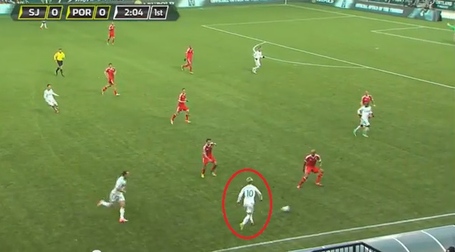 ↑ ...then getting the ball off Jewsbury on the right touchline. 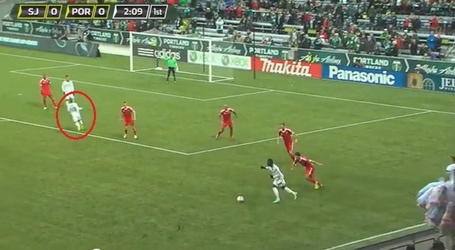 ↑ Seconds later he was inside the box hoping for a cross. 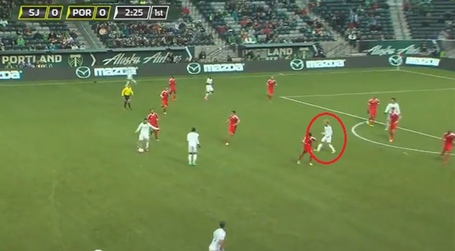 ↑ Fernandez also showed he can find the gaps between the opposition's defense and midfield... 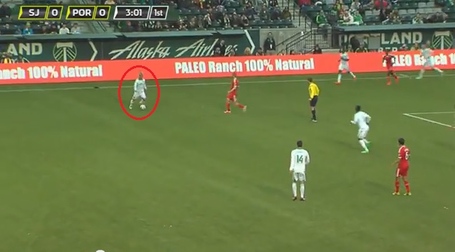 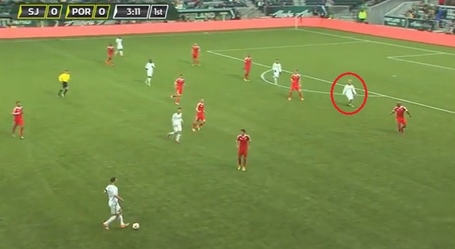 ↑ He can help Urruti stretch the defense while looking for a ball over the top... 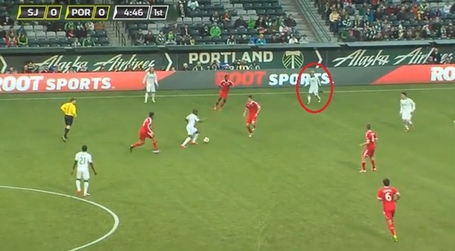 ↑ ...and work combinations on the touchline while overloading one side to create a numbers advantage.

Obviously none of the Timbers players can be wholly summed up with simple characterizations like "The Mover," but Fernandez does get around the pitch quite a bit. In the weeks to come, keep an eye on the off-the-ball movement from Fernandez, and the subsequent problems it causes for defenses along with freed-up space for himself and his teammates.