Tifos, Coffee and Statistics - How I fell in love with Portland Timbers

Share All sharing options for: Tifos, Coffee and Statistics - How I fell in love with Portland Timbers

I accidentally fell in love with Portland Timbers. It wasn't intended but after a case of caffeine-induced insomnia, I found myself flicking through sports channels at 3am and stumbled across Portland Timbers vs. New York Red Bulls – a chance to see Thierry Henry once again.

Despite initially tuning in to watch a man who lit my childhood up with volleys, tidy finishes and god awful penalty routines; it was the Timbers who impressed me the most. After supporting Newcastle United for almost two decades, I saw something with the Timbers that reminded me of going to St James' Park until Mike Ashely showed up and took the romance away from football.

Those tifos – something you rarely see in England – were incredible, Timber Joey doing his thing was a million miles away from watching two fans race each other in zorbs to win a prize offered by the evil payday loans company sponsor Newcastle had. At St James' Park there were arguments, tutting and stewards constantly telling you to sit down or risk being thrown out, something which doesn't seem to be an issue at Providence Park.

Since finding some late-night love from the Timbers, I started tuning in on a regular basis – ruining my sleeping pattern, becoming addicted to coffee(again) but also rediscovering some love for football. It was totally worth stumbling into University and starting work looking like a well-fed extra from Night of the Living Dead.

For some, it would be rough to stay up until about 5.30am to watch their side ship four goals against their bitter rivals and then be eager to tune in the same time next week. Trying to explain to friends or my girlfriend is always a tough pitch: 'Hey, want to stay up until stupid o'clock and watch some MLS?' That usually ends up with them sniggering and asking if I'm suffering from some sort of mental ailment.

So despite being 4757 miles from Providence Park, Portland Timbers have found a place in my heart and now I'm delighted to be combining two things I love; football statistics and the Timbers.

Over In the UK, I'm currently working as a content producer and editor with Squawka. I'm dealing with soccer statistics for 45(ish) hours a week and I plan on bringing some of those stats over to Stumptown Footy.

Football is changing and statistics are a big part in that but what can they tell us about the two things Caleb Porter's side need to improve on this season and continue into this season?

Last season, Timbers scored just five headed goals – only Montreal and SJ Earthquakes scored fewer. While Porter's passing style is always a delight to watch, there needs to be a plan B and that needs to utilize the pace of Darlington Nagbe and Rodney Wallace and Fanendo Adi's aerial ability. Last season, Timbers netted just one goal from a cross and six from corners. 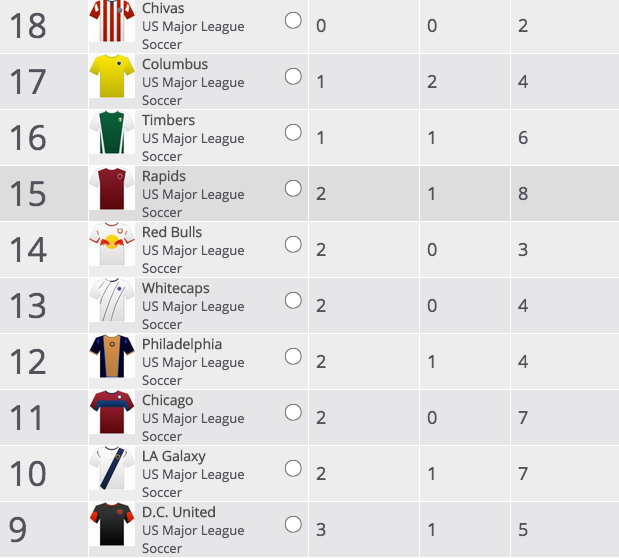 Adi may have only won 33% of his headed duels, but his ability offers something that can help change a – at times – predictable possession based game. Adi doesn't have the same ability to press defenders like Urruti, or even the fitness levels of the the 23-year-old, but he can be an impact substitution to change things up. While having possession is great and obviously pleasing on the eye, it isn't always effective. It's nice to find some balance between producing sideways passes and taking a more direct approach when needed.

Timbers conceded 28 goals at home last season, the second most in MLS behind Chivas. In fact, Porter's men only kept four clean sheets at home in 2014, with the constant and lactic acid inducing high-pressing leaving plenty of gaps to be exploited by visiting sides. In the 3-4 defeat against Vancouver, Timbers' heat map shows their tireless approach left gaps to be exploited.

Watching the Timbers defend is – in loose terms – like watching Arsenal defend; slow centre-backs looking to press strikers while full-backs continue to over-lap and the midfield sets up over the half-way line with reluctance to get back. Again, it's lovely to watch when it comes off but when it doesn't it looks like a group of players who look all at sea. Bringing in Nat Borchers from Real Salt Lake is likely to help sure things up things up, having won ten more tackles than Pa Modou Kah and 90 more clearances than the Norwegian centre-back. 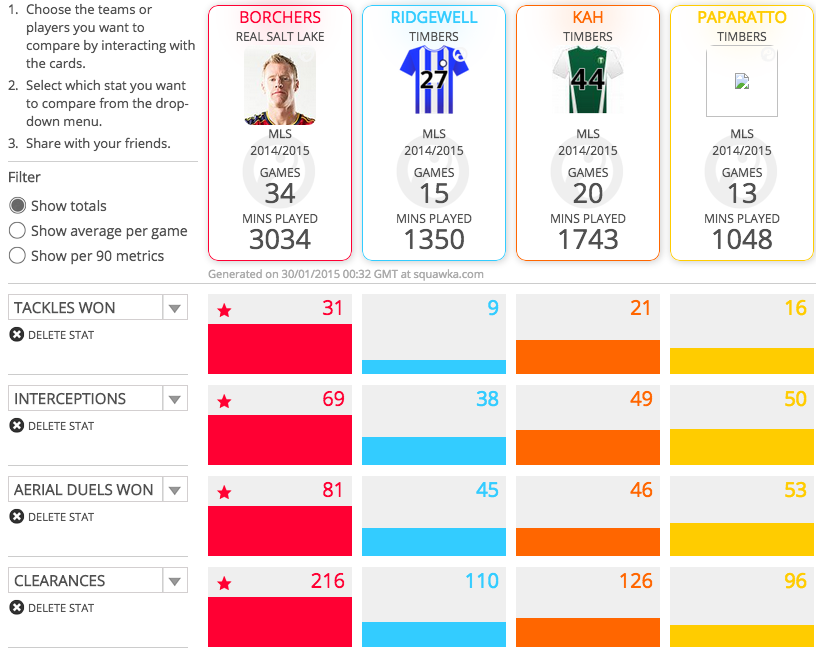 The 33-year-old might not exactly bring any pace to Porter's defense, but he does offer plenty of experience and leadership to the fledgeling back-line.

Thankfully, Porter seems to be set on making things more secure at the back – having already started work in training to make sure things are easier come March 8th.