Timbers 2 are back at the top of the Western Conference in the USL Championship.

After not winning a game since a 1-0 victory over Sacramento Republic FC a month ago, Timbers 2 took it to the Tacoma Defiance, defeating the Sounders affiliate 4-1 at Cheney Stadium.

Dairon Asprilla finished with a second-half brace for T2 while Justin Dhillon had the only goal for the Defiance late in the first half.

T2 began to threaten keeper Bryan Meredith in the 18th minute with a shot on goal after a good spell of buildup down the left.

Soon enough, T2 knocked down the door. After not being too involved in the opening 15 minutes, Langsdorf did what he does best: finish goal scoring opportunities. T2 executed their high press to perfection, winning the ball deep in Tacoma’s third. After breaking through one-on-one, Langsdorf was tackled by the keeper, but got right back up and put in the ball into the back of the net for the game's first goal. 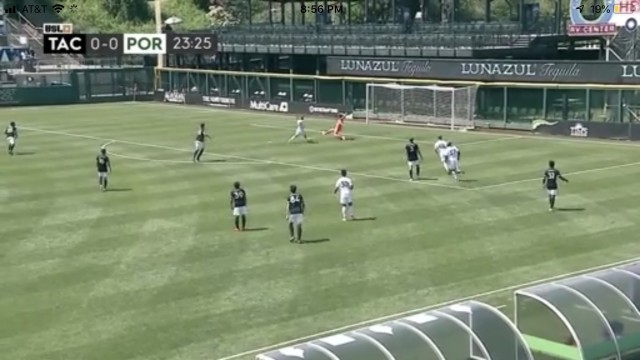 Tacoma’s lone goal came via their own high press which forced a sloppy backpass from Marvin Loría in midfield allowing Dhillon through on goal. He still had to finish, and he did just that from outside the box. 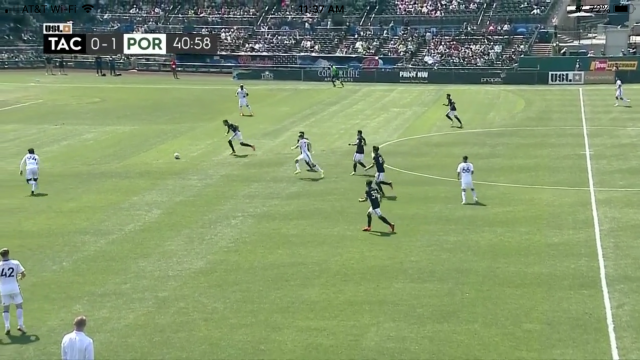 T2 had a great start to the second half. Just three minutes in, an impressive bit of skill on the ball by Brayan Hurtado forced a Defiance player to take him down inside the box and T2 were awarded a penalty.

Asprilla calmly slotted the ball into the bottom left corner giving his team a lead they would not relinquish. 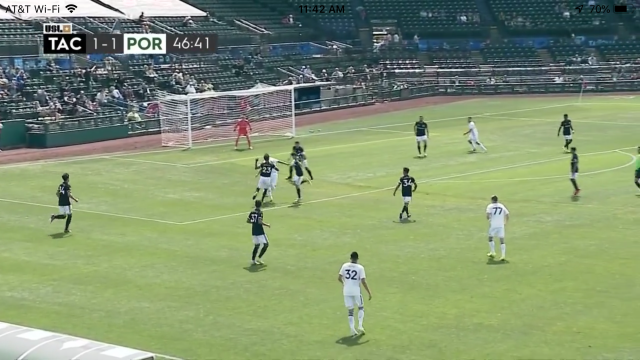 After drawing the penalty at the beginning of the half, Hurtado found himself at the end of a three-pass counter-attack which he calmly slotted away. The counter was even more impressive than the goal as T2 went from their own 18-yard box to the opposing goal in under ten seconds. 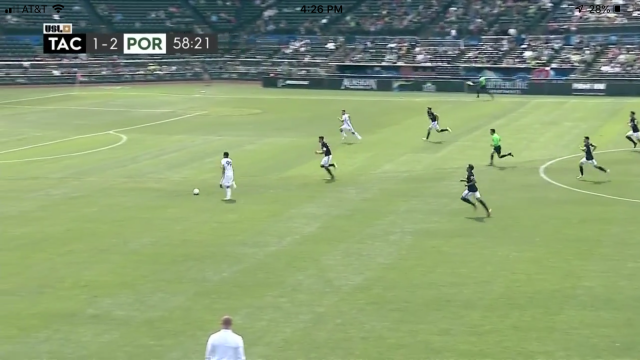 Just two minutes later, Asprilla wrapped up his brace and put T2 three goals to the good. After helping win the ball in midfield, he had a nice give and go with Eryk Williamson who slotted him through on goal to seal the game. 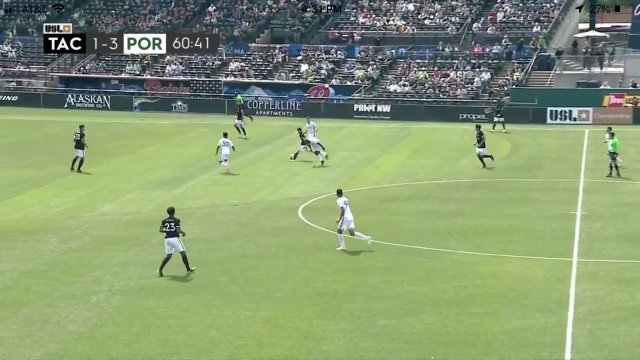 Can we just take a sec to look at this heat map? Williamson was everywhere for T2 on Sunday afternoon! 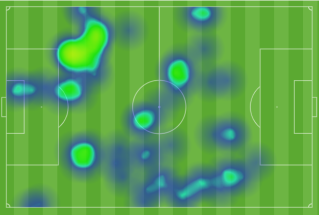 As a winger, he found himself on the right a lot, but also possessed the ball in the back and throughout the midfield. He was everywhere and made his impact known as he connected the defense to the attack almost like a box-to-box midfielder. 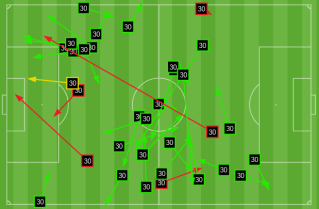 Williamson’s distribution in this game was also spot on. He only misplayed four total passes and was the straw that stirred T2’s drink. He did a good job of maintaining possession in the midfield and had a key pass that directly led to a T2 goal. He almost had a goal in the thirtieth minute as well but shot the ball right at the keeper — not a bad day at the office.

Throughout the season Williamson has been a vital cog of this T2 team, and it’s a question of when, not if he gets a shot for minutes on the first team.

2. Second Half Substitution makes an impact

After halftime with the game tied at one goal a piece, T2 coach Cameron Knowles brought in Hurtado for Loría. Hurtado, who signed with the team on loan from the Venezuelan league in March, made an instant impact as he drew the penalty that Asprilla converted right after the break.

Hurtado’s ability and comfort with the ball at his feet shone through as he had a few impressive moments dribbling through the Defiance defense throughout the second half. He also made the run and had a nice finish on the counter-attack for T2.

One drawn penalty and one goal: not bad for a second-half substitution.

Throughout much of the first half, Tacoma made T2 very uncomfortable by pressing them and forcing the team to pass through pressure and out of tight situations. It started with Tacoma’s forwards playing as their first line of defense; playing between the two T2 center backs and making it hard for them to play out of the back and through the middle.

It wouldn’t take long for T2 to find a way to pass through the defense and that came through on a few goals where the team was able to make quick passes out of the back before being sprung on the break.

After going winless for a month, it was nice to see T2 come out and look dominant in a game while picking up the victory on the road against their rivals.

It was one of those days where everything went right for the road team--including a diving kick save made by keeper Jake Leeker that is up for save of the week--and it was good to see Portland soccer coming up with a six-point weekend.

T2 is now sitting at the top of the league once again with 18 points and will have a week off before they take on the El Paso Locomotive at home May 25th.