On a wet--yet exciting-- Saturday night, Timbers 2 and El Paso Locomotive played to a one-all draw in the first of two "soft opening" matches at Providence Park.

Forward Dairon Asprilla got on the scorer sheet again via a first-half penalty, but it was Omar Salgado-- who trained with the Timbers back in 2011-- that pulled a goal back in first-half stoppage time.

You can find the official post-game recap here.

It wasn’t the best taken of penalties, but Asprilla made sure that the ball got into the back of the net as he tapped in the rebound for his T2-leading fifth goal of the season. 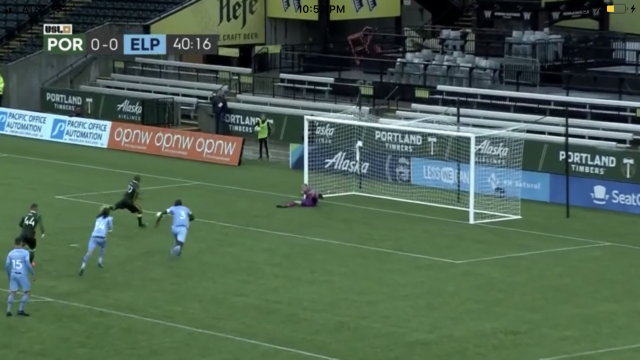 What was more telling than the penalty was what led up to it. From the start of the game, T2 looked to be on the front foot. In recent games, they have tended to sit back more and defend in a mid-block. However, the team was heavily pressing El Paso from the opening whistle. They generated turnovers and created some decent opportunities and half-chances for themselves, but finally, an interception from Foster Langsdorf led to a foul in the box and T2’s opening goal.

It didn’t take long for El Paso to respond. Right at the stroke of halftime, Omar Salgado made an opportunistic play, dribbling through the T2 defense and sending a great curling ball around keeper Kendall McIntosh and into the bottom right corner.

It was a great goal from Salgado, but there was some questionable defending from T2 that must’ve left head coach Cameron Knowles scratching his head as the teams went into the break.

For example, here’s what it looked like when Salgado initially received the ball. 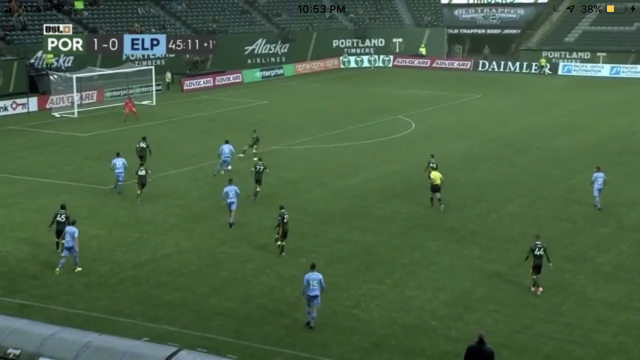 At this point, it’s essentially a one-on-three, and in this image alone you can see eight T2 players along with just six Locomotive players. Looks okay here, right?

However, as you can see below, defender Marco Farfan gets turned around as he comes in to help defend from the left. Salgado is able to use Farfan’s momentum against him to create just enough space for a perfectly-placed strike. 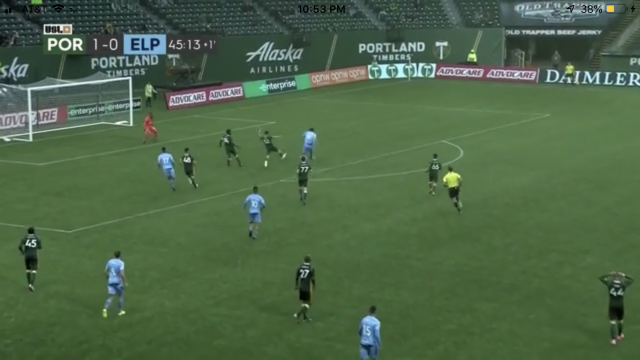 Overall, it was a great strike and opportunity taken by Salgado, but not the best defending in the world from T2.

Marvin Loria is getting better by the game.

Sure it’s only been two games, but the young Costa Rican international is quickly shaking off the rust.

Despite not playing for over two months, Loria has already shown flashes of his potential in a pretty dominant performance in the T2 midfield.

In a perfect world, Loria would be sharing the midfield with Eryk Williamson and Renzo Zambrano, but against the Locomotive, Loria surely held his own. He helped T2 hold possession in midfield and did a good job of shuttling the ball between lines. He looked smooth on the ball and even beat a few defenders with a few deft touches in midfield. 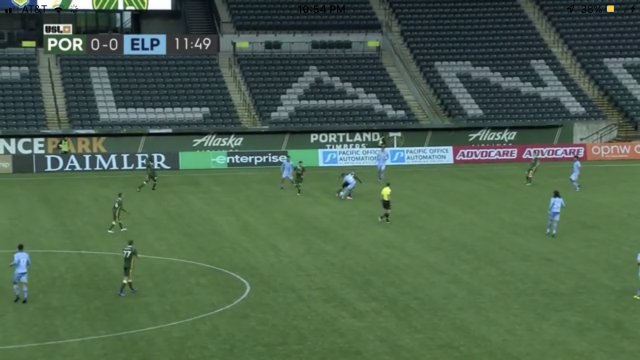 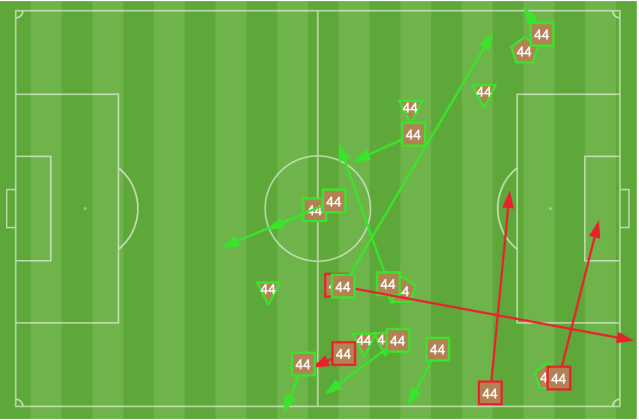 Despite being subbed off in the 56th minute, he has shown what he could be and why he may just be in the starting 18 for the first team in the summer.

All press, almost none of the ball

As mentioned when talking about the initial goal, T2 came out looking to press high and force the Locomotive into making errors in their own half. It was interesting to see compared to their much more often utilized mid-block defending.

El Paso continued to pass the ball back and forth looking for any sort of gap in the T2 defense, but could rarely find one. They were content with rotating the ball, building up a crazy amount of possession and finishing up with 65% of the ball in the game.

As you can see from the two heat maps below, T2 did a great job of holding the Locomotive in their own half of the field. The first map shows where a majority of the T2 touches came from (from left to right), and as you can see, that is a lot in the attacking half. However, what might be more impressive is what can be seen on the second map. The Locomotive (attacking right to left) spent a majority of its possession in their own half and could hardly maintain possession in the attacking third. 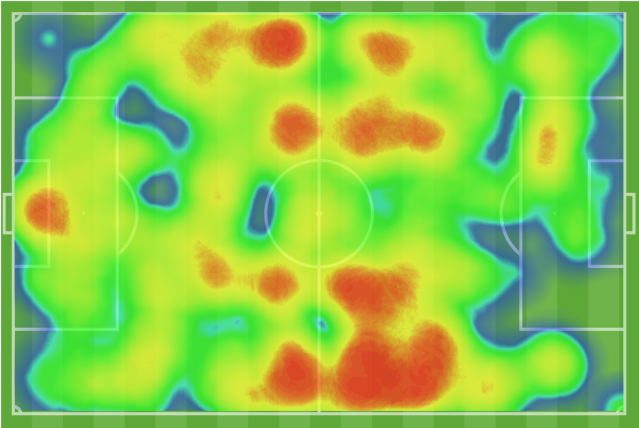 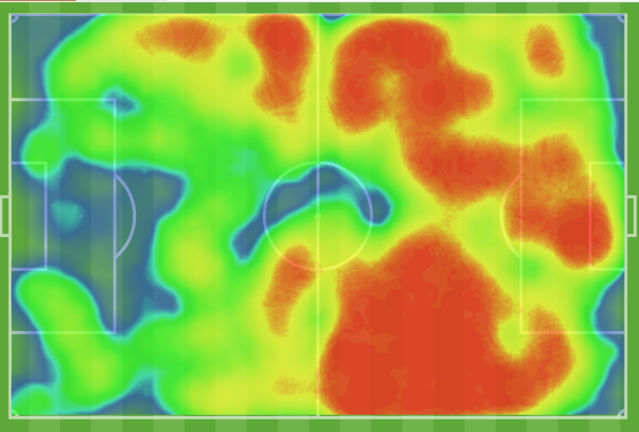 Of course, this is soccer. With how high T2 often found themselves in possession, it was a shame they couldn’t threaten the goal a little bit more and put another one away, especially at home where they outshot El Paso 11 to seven with nine of those shots coming in the box. The Locomotive were able to take advantage of a half-chance at the end of the first half and walk away with a road point against one of the top teams in the west. Not a bad result at all.

With the loss against the Locomotive, T2 has gone 1-3-1 in their past five games and now sit in fourth place (they were in second place before the weekend).

Games like these are ones that T2 should frankly be taking advantage of, especially against a first-year side like El Paso. The team came out pressing and had plenty of opportunities in their first game at Providence Park; they just couldn’t put anything away.

There was sure to be a boost from this game being the first one played at the newly renovated Providence Park, especially in front of a season-high 3,134 fans, but they just couldn’t find the result they needed. A win would have helped them keep up with an impressive New Mexico United side that has 24 points. Instead, they are just three points apart from tenth place, Los Dos.

There will be no rest for the weary. T2 will have another important home game in just a few days as they host the Real Monarchs at 7 p.m Wednesday night. Picking up three points at home will be vital before they head out on the road once again.